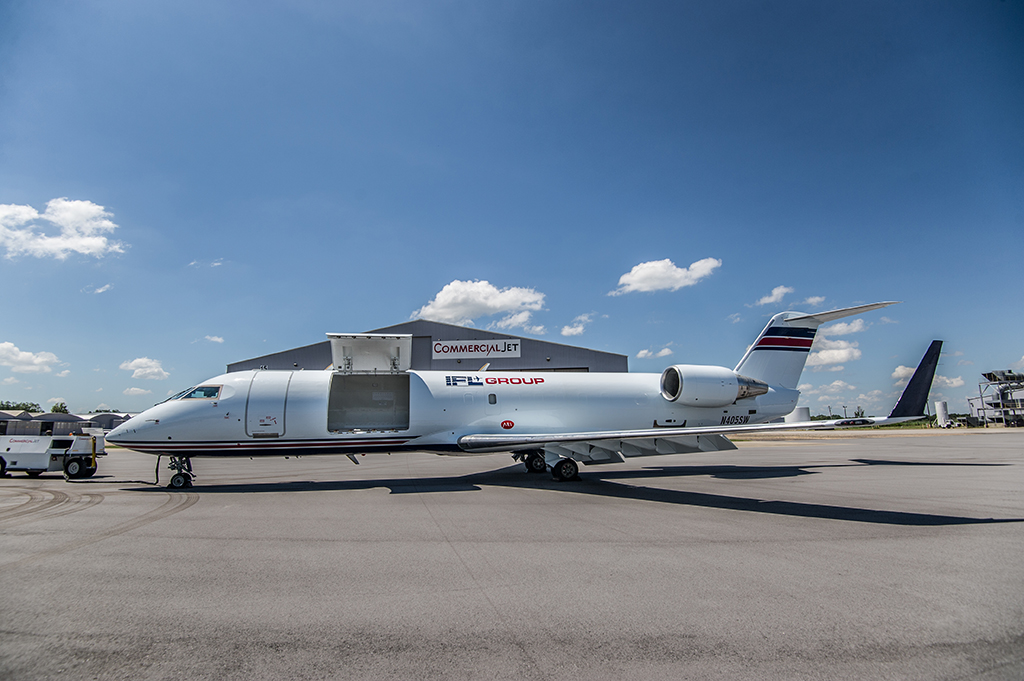 The CRJ100SF/CRJ200SF jets are converted from the passenger version of the aircraft by Aeronautical Engineers Inc. (AEI) of Miami which is a Bombardier-licensed third party Supplemental Type Certificate (STC) provider.
“CRJ100 and 200 jets are the assets upon which regional airlines have built their existence, however they are gradually being replaced in favor of larger aircraft and are finding homes in secondary markets with modifications such as AEI’s freighter conversions,” said David Speirs, vice president, asset management, Bombardier Commercial Aircraft.
He added: “We are continuing to see growing interest in these pre-owned aircraft from both traditional and emerging sectors of the industry.
“The CRJ100 and 200 operator base has grown by about 120% over the past eight or nine years, a strong indication of the aircraft’s continuing strength, versatility and appeal.”
Robert Convey, vice president, sales and marketing of AEI, said: “To date, we have received commitments for 45 aircraft conversions from a variety of operators and we fully expect to convert over 100 aircraft over the life of the programme.
“I believe that most CRJ100SF, CRJ200SF aircraft will be operated on longer-range regional services with thin demand that require the speed of a jet but can’t support larger narrow-body freighters.”
Michael Church, president of IFL Group, said: “Speed and on-time performance are vital factors for success in a growing airfreight industry. The reliability of the CRJ aircraft have made their mark in the highly-competitive and fast-paced world of regional airline operations and we’re confident that will continue in our airfreight business.”