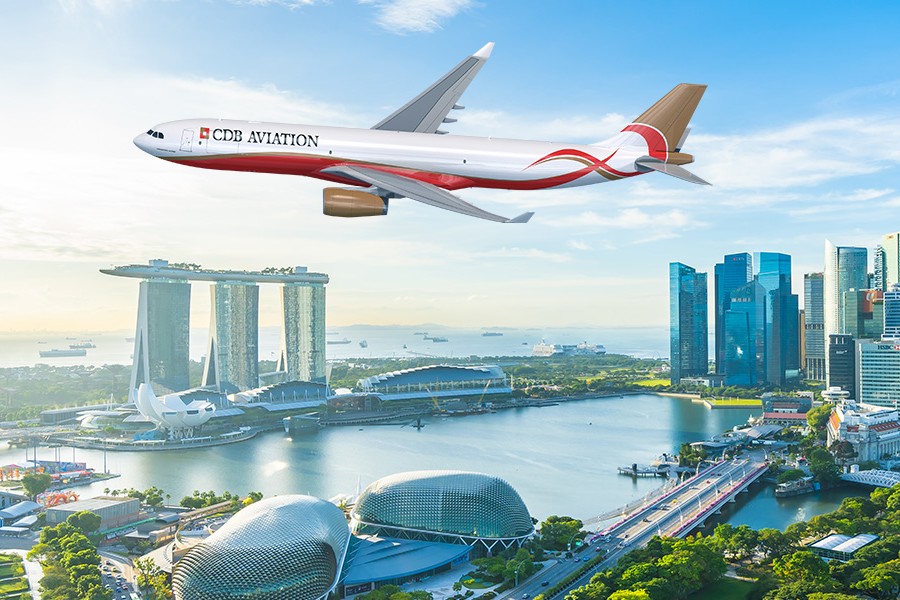 CDB Aviation has ordered an additional twelve A330-300 P2F conversions with Elbe Flugzeugwerke GmbH (EFW), expanding its fleet of this type to fourteen aircraft.

The lessor, a wholly owned Irish subsidiary of China Development Bank Leasing, is also on track to launch the A330-300 P2F freighter type in China in 2022, with lease commitments from Sichuan Airlines and Jiangxi Cargo Airlines.

“We have strategically positioned our platform to be the A330 P2F program frontrunner among lessors,” commented Patrick Hannigan, CDB Aviation’s chief executive officer, adding that the A330 P2F marked the lessor’s first entry into the air cargo space.

CDB Aviation’s first two A330-300 P2Fs are currently being converted in EFW’s facility in Dresden, Germany, and will be re-delivered to its launch operator, Mexico-based MasAir, in early 2022.

Andreas Sperl, EFW’s chief executive officer, said: “The A330 P2F program is proving highly popular, and we now have over eighty aircraft on order. EFW is leading the overall A330 P2F programme, which is a collaboration between ST Engineering, Airbus, and EFW.”

Chengdu-based Sichuan Airlines has leased two A330-300 P2Fs, which will join the carrier’s existing freighter fleet of three A330-200Fs upon delivery in late 2022 and the middle of 2023. The lease transaction marks the first time that Sichuan Airlines will operate the A330-300 P2F type.

Jiangxi Cargo Airlines, a Nanchang-based start-up cargo carrier, created through a joint venture between the Jiangxi Provincial Government and privately-owned Hongyuan Group, has leased one A330-300 P2F to be delivered in early 2023.

CDB Aviation will expand its global conversion footprint by becoming the first customer for A330 P2F conversions to take place in the facilities of ST Engineering in Shanghai, China, and VT MAE in Mobile, Alabama, US. These conversion locations have been added to the existing A330 P2F conversion facilities of EFW in Dresden, Germany, and ST Engineering in Singapore. By the middle of 2022, the lessor plans to have aircraft converted simultaneously at three locations – in Dresden, Shanghai, and Mobile.