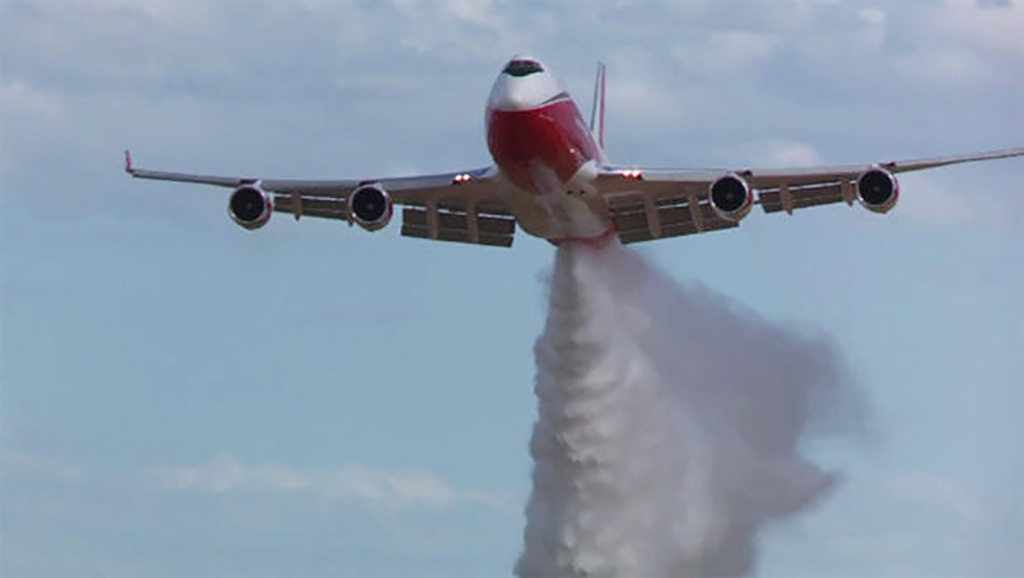 Global SuperTanker, a B747-400 aircraft converted to carry fire retardant, has been activated to fight a quickly-spreading blaze in Northern California.
The world’s newest and largest aerial firefighting tanker went into action after the California Department of Forestry and Fire Protection (CAL FIRE) exercised its call-when-needed contract with the SuperTanker to fight the Ponderosa Fire, 10 miles east of Lake Oroville.
The aircraft flew one sortie of two individual drops of 8,500 gallons of retardant.
This is the plane’s first deployment in the US. it was previously called upon to combat fires in Israel over Thanksgiving of 2016, and was in Chile for three weeks in January and February of 2017.
While in Chile, the SuperTanker set a world record for liquid dropped by a land-based very large aerial tanker in a single day at 134,400 gallons.