DHL signs up for four A330 conversions 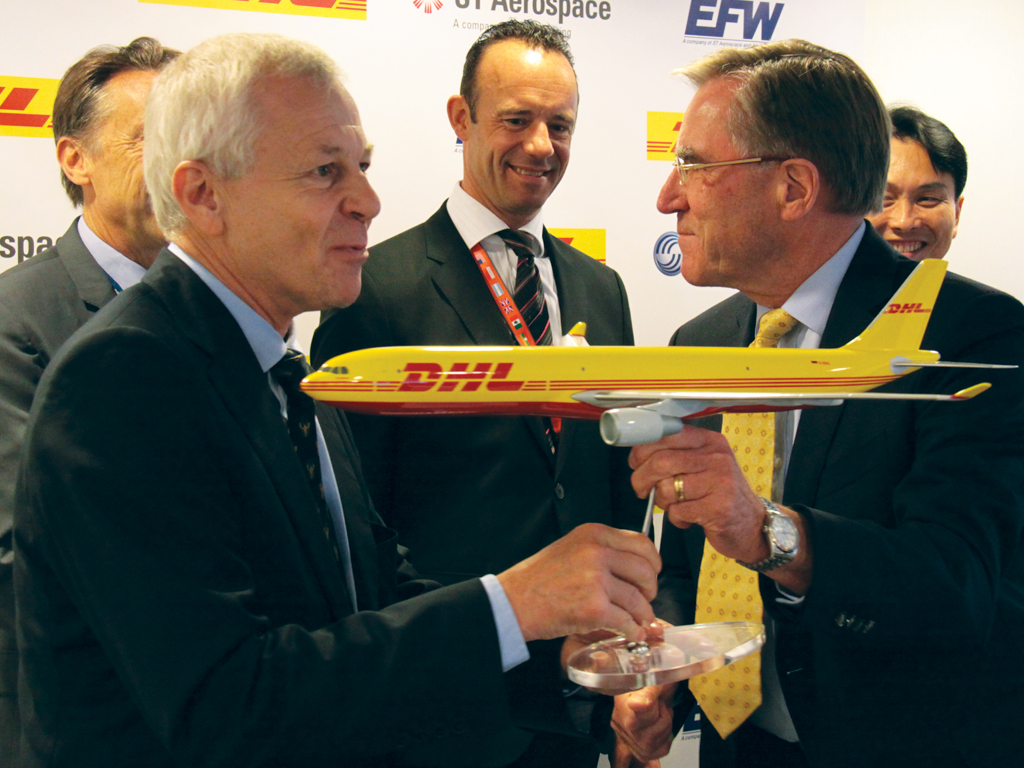 DHL Express has signed a contract to convert four Airbus A330-300 passenger aircraft into 61-tonne payload, 26-pallet, freighters with EFW – a joint venture between Airbus and engineering company ST Aerospace.
EFW will carry out the work at its Dresden site from July, and the aircraft are scheduled to be delivered to the express carrier by the end of 2017.
DHL Express’s senior vice-president of global air fleet management, Geoff Kehr, said that the planes “will address an important requirement for mid-range, high volume cargo aircraft".
He added: "It will bring added flexibility and capacity to our operations, and will further support our aims of improving fuel efficiency for every kilo of cargo carried within our air network.”
EFW chief executive Dr Andreas Sperl said that the programme would ensure continuity of work for the Dresden site.
The A330P2F programme includes two versions – the A330-200P2F and the larger A330-300P2F – the latter aimed at integrators and express carriers due to its high volumetric payload capability for lower-density cargo.
The A330-200P2F is optimised for higher-density freight and longer range performance.
DHL Express is EFW’s first customer for the A330-300P2F programme, while Egyptair Cargo became launch customer for the A330-200P2F in December 2014.
On the same day, Airbus’ rival Boeing revealed that it had signed deals for ten B737 and B767 passenger to freighter conversions.