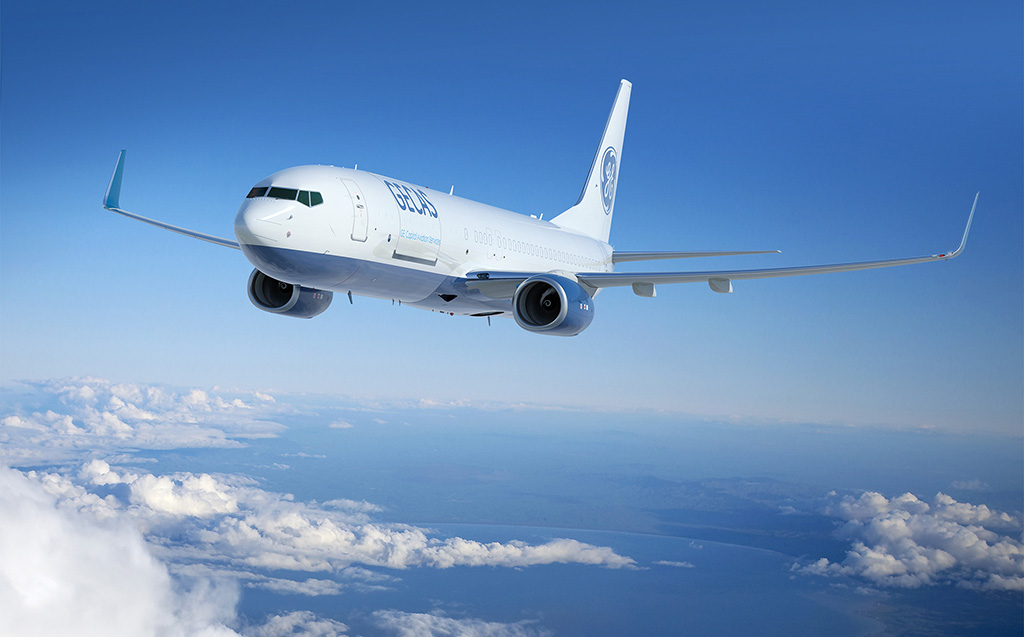 GE Capital Aviation Services (GECAS), the aviation leasing and financing arm of GE, has launched its 737-800NG passenger-to-freighter conversion programme.
GECAS plans to convert up to 20 of its B737-800NG passenger aircraft to freighters. Aeronautical Engineers Inc (AEI) will perform the conversions at its facilities in the US and China.
The first aircraft is scheduled for conversion starting in 2016 in order to earn Federal Aviation Administration supplemental type certification (STC) in 2017 and subsequently enter service as a leased freighter.
“GECAS is pleased to launch its first 737-800 passenger-to-freighter conversion programme,” said Christopher Damianos, executive vice president specialty markets at GECAS. “We believe the 737-800NG freighter will be the best-in-class aircraft for both replacement and growth in the narrow body freighter sector.”
Formed in 2000, GECAS’ Cargo Aircraft Group currently leases nearly 100 freighters to airline customers worldwide.  Its fleet includes the 737, 767, 747 and 777 freighter models.
In 2001, GECAS announced plans to convert Boeing 737-300 and -400 aircraft from its portfolio to freighter aircraft.
In 2002, the passenger-to-freighter programme expanded to include Boeing 767-200 models. In 2005, GECAS began converting Boeing 747-400s to freighters.
In total, GECAS has leased over 60 converted freighters to air cargo carriers worldwide to help them expand or modernise their fleets.
“As the pre-eminent commercial airline leasing company in the world, we are elated to announce that GECAS is the launch customer for the AEI B737-800SF conversion programme,” said Roy Sandri, AEI president.
“This award is testament to the extraordinary quality, durability and value offered by the AEI conversion products.”
Bob Convey, AEI senior vice president of sales and marketing said, “We expect that the B737-800SF will be a mainstay in cargo operators’ fleets for the next 20 plus years and we look forward to working with GECAS to provide them with a high residual value solution for their existing B737-800 fleet.”