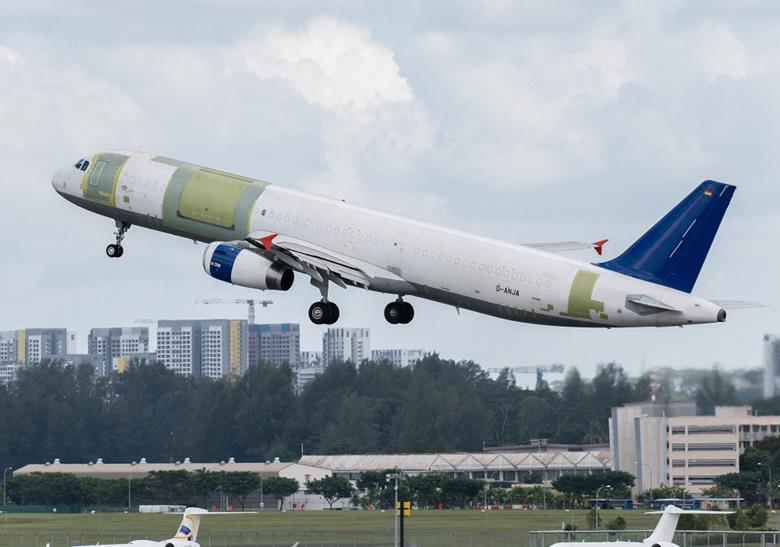 The aircraft has been converted by ST Engineering and is due to be delivered to Miami International Airport (MIA) this month.

In May 2021, GlobalX signed a letter of intent (LOI) to lease five A321P2F aircraft with ST Engineering’s Aviation Asset Management unit. These aircraft are being converted and leased to GlobalX progressively.

In a press release on December 13, GlobalX said its first A321 cargo aircraft (N410 GX) “will fly to the paint facility this week and is scheduled to arrive in Miami on December 20”.

A second A321 cargo conversion has also been completed and the aircraft (N411 GX) “is undergoing some additional FAA modifications,” said GlobalX. “It will join the fleet once the aircraft is compliant.”

In October, GlobalX signed a letter of intent to lease 10 converted Airbus A321 freighters from the asset management specialist Vallair.

Additionally, it boasts an estimated 19% lower fuel burn than the B757-200F, added the company.

GlobalX signs up for five more A321 conversions