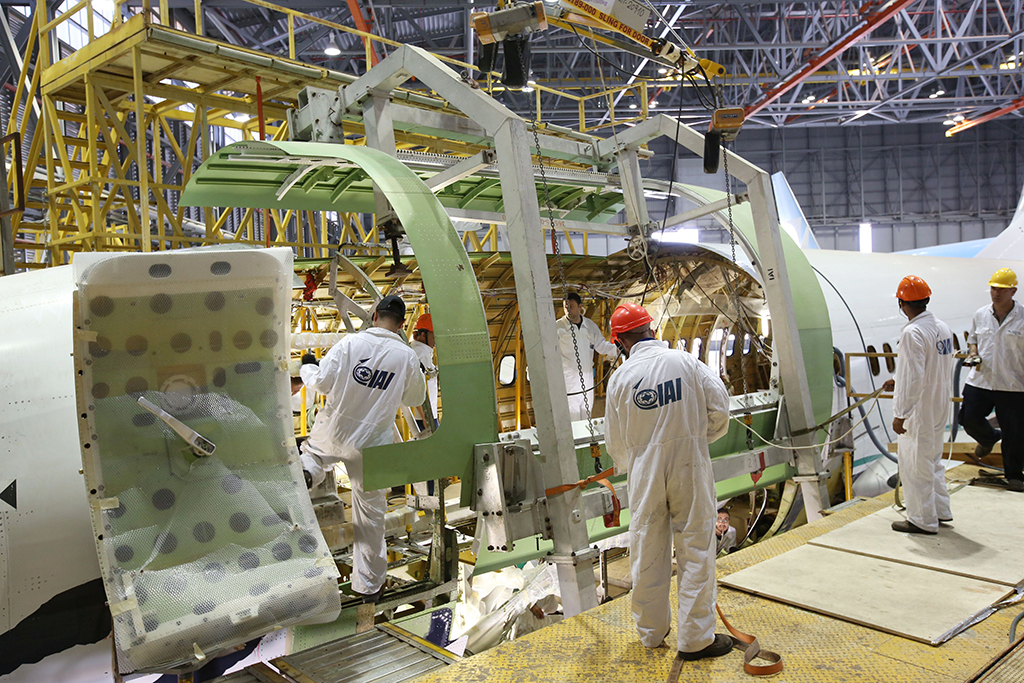 Israel Aerospace Industries (IAI) has received a supplemental type certificate (STC) for its Boeing737-700BDSF passenger aircraft to freighter conversion programme.
IAI recently completed its first ever conversion of a prototype aircraft from passenger to full-freighter configuration, including the installation of a wide cargo door.
The aircraft was delivered to Alaska Airline as the first of three-aircraft order. The entire work was performed at IAI’s Bedek Aviation Group facilities in Israel.
Yossi Melamed, corporate executive vice president and general manager of Bedek Aviation Group, said: “IAI is proud to add the conversion of 737-700BDSF to the successful portfolio of its developed STCs for cargo conversions of passenger aircrafts.
“IAI’s Bedek Aviation Group has been a key player for over 40 years in the design, development, testing, certification and implementation of modifications and conversions of an endless number of platforms."
The conversion market for B737-700 passenger aircraft is growing apace.
Last week saw PEMCO World Air Services in the US mark the cutting of a cargo-door opening in a passenger airframe for the  first of its Boeing 737-700 Passenger-to-FlexCombi conversion programme.
Read more freighter conversion and MRO news