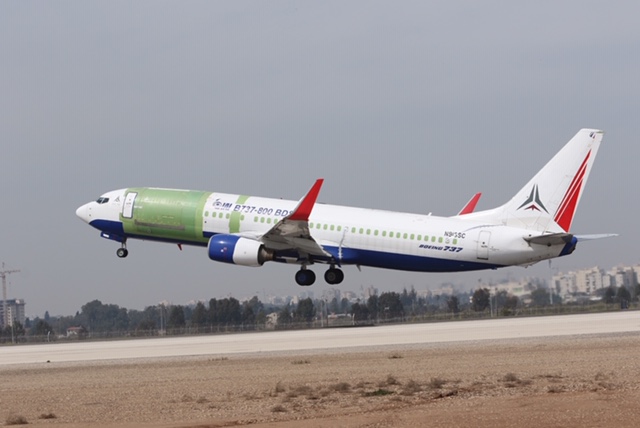 With the EASA STC approval, IAI will open its B737-800BDSF cargo conversions to European companies and operators.

The first two converted aircraft for which this approval will apply have already been delivered to a customer in Spain, with an additional aircraft undergoing conversion and joining the European fleet shortly.

In April 2020, IAI began deliveries of the first 737-800BDSF converted freighters, following certification by Israeli and US authorities.

Last year, IAI established the first cargo conversion site in Europe together with its partner Atitech in Naples, Italy, for the B737-700/800 aircraft.

IAI has recently opened new cargo conversion lines worldwide for other models, including B767-300 in Ethiopia and B777-300 in South Korea and Abu Dhabi.

Cargojet selected IAI to carry out P2F conversions of its B777-300ER aircraft in May.

Boaz Levy, IAI president and chief executive, said: “Receiving the EASA STC for the B737-800 will allow us to provide a solution to the increased market demand, in Europe and worldwide, for the freighter aircraft of this model. As the global leader in passenger-to-freighter conversions, IAI has a number of conversion sites globally, and will now be able to provide potential customers with increased access to our world-class conversions.”

Shmuel Kuzi, executive vice president and general manager of IAI’s Aviation Group, said: “We are excited to expand our B737-800BDSF conversions to Europe and bring the most cost-effective solution to the rising demand for conversions of this aircraft. Receiving the EASA STC is a major milestone for IAI and for the aviation industry, especially for the European market. We will continue expanding our operations and conversions of other aircraft models to provide the best solution to customers worldwide.”