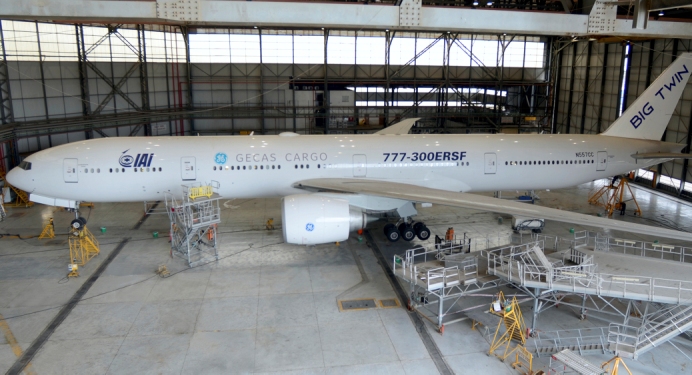 The conversion firm signed a Memorandum of Agreement (MoA) with the Incheon International Airport and MRO firm Sharp Technics to establish the facility, which will convert six B777-300ER and B777-200LR per year, starting in 2024.

The company said that establishing more aircraft conversion facilities around the world is necessary in order to meet the expected rise in demand for widebody freighter aircraft with capacity for long flights.

IAI and Gecas launched the inaugural B777 freighter conversion programme last year and physical work on converting the first aircraft is soon expected to start with the licensing process due to conclude during 2023.

Yossi Melamed, executive vice president and general manager of IAI, said: “Over the past few years IAI has transferred production of business jet wings, main frame, and parts of the tail to Korean companies. I look forward to expanding our strategic cooperation activities with South Korean companies and government authorities.”

This comes at a time when large freighters are in high demand due to the loss of most bellyhold networks and a surge in volumes as economies recover following the Covid outbreak.

Airlines have also grounded many aircraft creating opportunity for conversions.

At the virtual World Aviation Festival Emirates president Tim Clark said it had quite a number of B777-ERs that it was considering converting into freighters.

However, at the same event, Ben Smith, chief executive Air France KLM, said that waiting times to secure slots for B777 conversions were “quite long”.