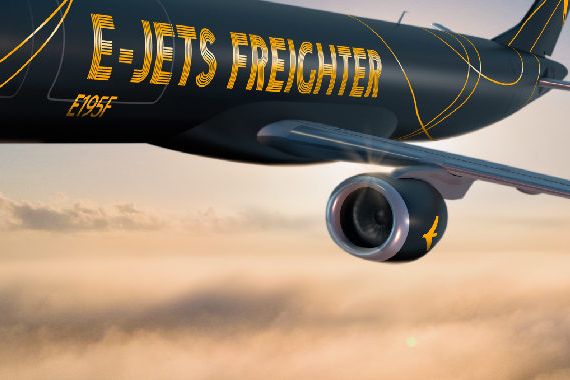 Embraer’s programme to convert pre-owned E190s and E195s from passenger jets to freighters was launched in March.

NAC and Embraer have reached an agreement in principle to take up to 10 conversion slots for E190F/E195F, with first deliveries starting in 2024. Aircraft for conversion will come from NAC’s existing E190/E195 fleet.

Embraer’s E-Jet freighter programme has been created in response to e-commerce growth and increased demand for cargo capacity, especially to smaller markets.

The company confirmed that the conversions will be completed at its facilities in Brazil and will include main deck front cargo door; cargo handling system; and floor reinforcement.

“The E-Jet Freighters will have over 50% more volumetric capacity, three times the range of large cargo turboprops, and up to 30% lower operating costs than narrowbodies,” said Embraer.

Norman Liu, president and chief executive officer Nordic Aviation Capital, said: “We look forward to working with Embraer on developing an operator base for the E-Jet Freighter as cargo conversions are a key element of our full life cycle portfolio strategy for the future.”