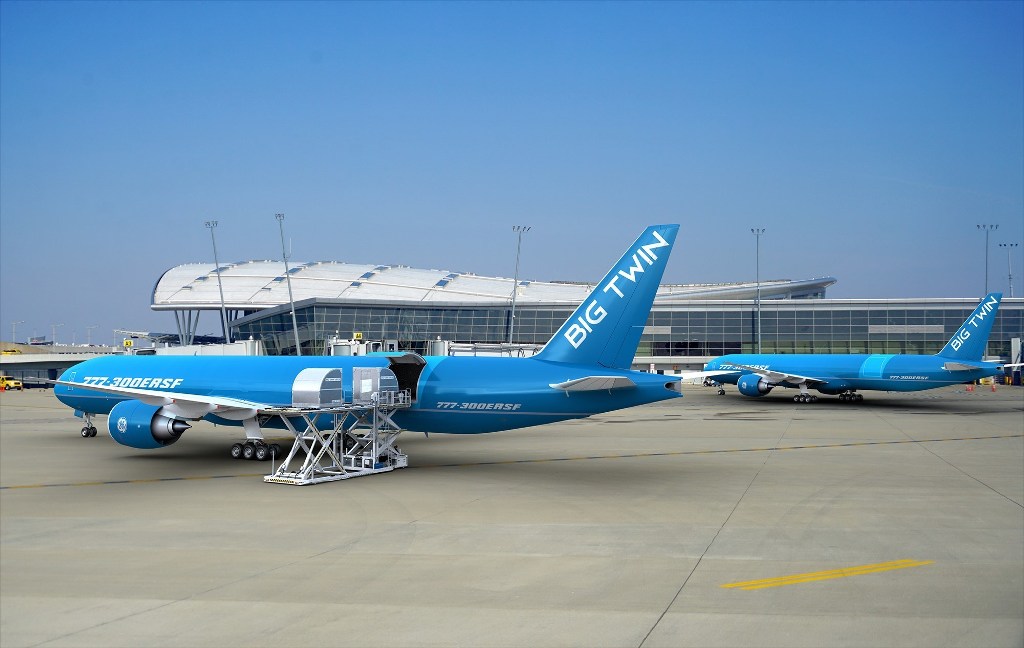 As a leader in passenger-to-freighter (P-to-F) aircraft conversions, Israel Aerospace Industries (IAI) has successfully carried out the conversion of more than 260 aircraft, which have collectively accumulated more than 2,500,000 operational flight hours since being converted.

IAI conversion programmes are carried out under Boeing 7X7 Type Licenses and include B737, B747, B757 and B767 aircraft.

IAI is currently developing the cargo conversion for the Boeing 777-300ER and is in the process of obtaining its Supplemental Type Certificate (STC) .

IAI has joined forces with GECAS to develop the unique ‘Big Twin’ solution, and to provide the P-to-F conversions of the Boeing 777-300ER, converting the successful passenger aircraft into a highly cost-effective wide-body cargo jet.

“In the near future, we see this aircraft becoming the main wide-body cargo aircraft, replacing Boeing’s 747-400, 747-F and the MD11, which currently perform in these roles,” says Rafi Matalon, VP & GM Marketing of IAI’s Aviation Group.

With comparable payload weight, the twin-engined 777 offers a far more cost-effective solution  compared with the four-engined Jumbo. According to analysts’ assessments, the B777-300ER will maintain the position of the most popular wide-body cargo jet over the next 20 years.

Even though Boeing are offering newly built cargo-configured 777F aircraft, converted aircraft are expected to meet the majority of the cargo operators’ and aircraft lessors’ demand.

The choice for the conversion alternative is financially based. By the time B777 passenger aircraft end their first life cycle, for continued aircraft operation, airlines have to invest tens of millions of dollars on modernisations that will only add a few more years of continued operations. The alternative of converting these aircraft to freighters yields the potential of continued operations for at least 15 years, providing the operator and lessor with a potential income of hundreds of thousands of dollars per month.

IAI is developing a conversion package for the 777-300ER that will transform the wide-body aircraft into a full cargo configuration aircraft – at a third of the price of a new aircraft. The conversion will take around 150 days, which is a similar timeframe to the IAI 747-400 cargo conversions.

IAI is a global leader in converting wide and narrow body passenger aircraft into cargo aircraft, with hundreds of successful projects converting B747-200, B747-400, B767 and B737.

Cargo aircraft weigh more than passenger aircraft of the same type and therefore require specific certification. Increasing payload carrying capacity is an area that IAI has extensive expertise in. We are working on STC for the B777 cargo conversion and expect to obtain it by the end of 2022.

To date, IAI has signed contracts for firm orders of 15 aircraft conversions and an additional 15 options. By 2022, IAI intends to open three conversion lines dedicated to B777 conversion programs, each with the capacity to convert between two and three aircraft per year.

The feedstock of 777-300ER aircraft is still limited, but in the coming years these aircraft will become more widely available.

“While the cost of 777-300ER is currently high, we expect these prices to reduce making the cargo conversion more affordable. Some airlines are already planning to replace their 777s, but customers are still in a wait-and-see mode,” Matalon concludes.