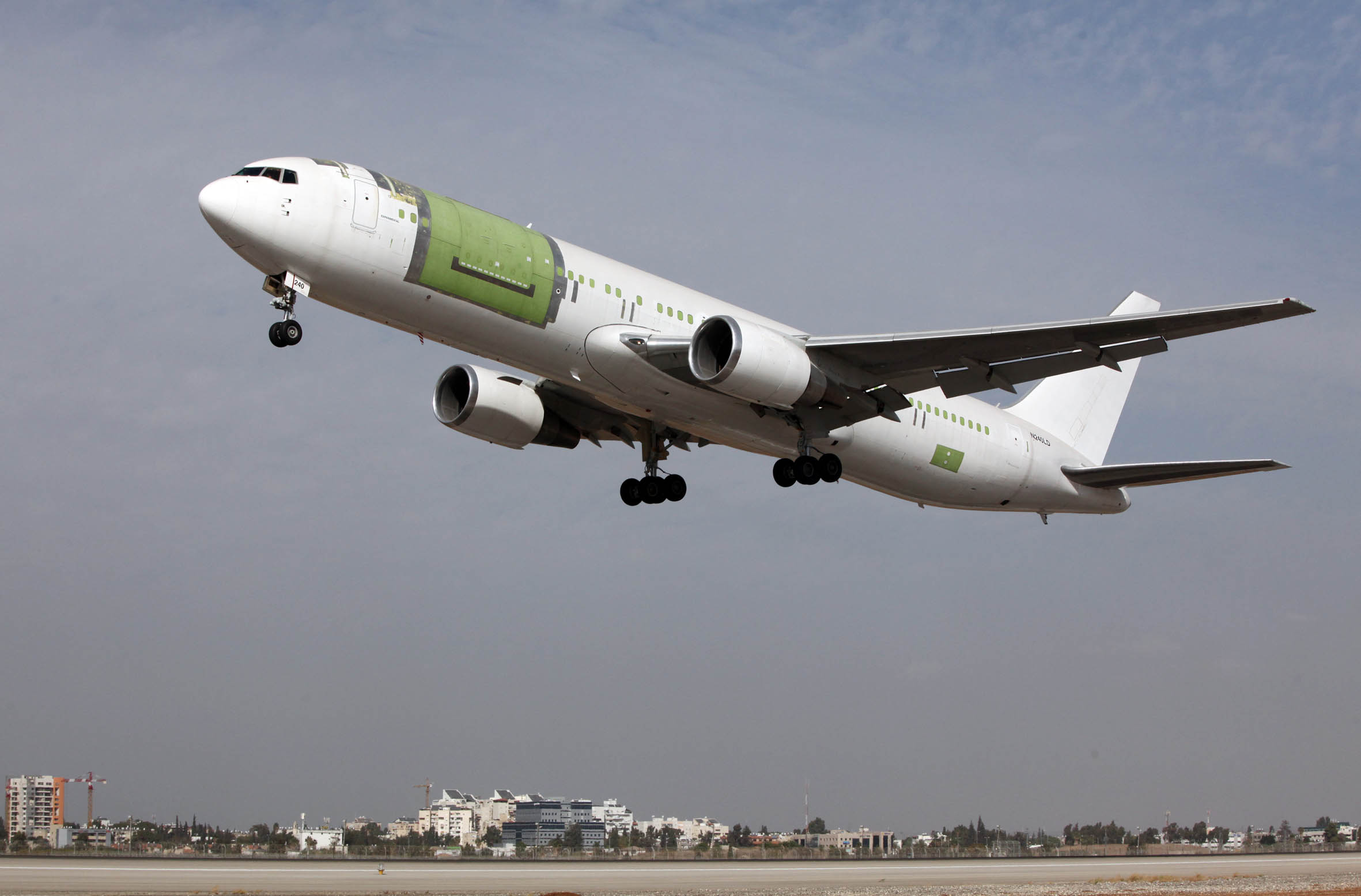 IAI’s Aviation Group (formerly Bedek) has been converting Boeing 767 passenger aircraft into cargo aircraft since 2004. Initially, the B767-200 were converted, and from 2009 the stretched B767-300 version were more commonly used for conversions.

The demand for the B767 mid size aircraft is high due to the continued growing demand for air cargo.  The B767 offers cargo operators the advantage of more efficient operations between hubs.

“IAI has converted 62 B767-200 and 80 B767-300 aircraft, and we are ready to maximize our capability to convert as many additional B767 as we can, by operating a flexible workflow of “unlimited conversion slots” and take on new orders”, Sharoni added.

Under this strategy, IAI is diversifying its operations with several conversion lines parallel located at different sites, as close as possible to the customer.

“Currently, we have eight parallel conversion lines for the 767-300/200, in Israel and Mexico. Decisions to open new conversion locations or expand existing lines are continuously examined based on demand and orders.”

According to Sharoni, over recent months, IAI has submitted proposals for new conversions of dozens of aircraft, addressing the growing demand for cargo capacity.

Typical Passenger to Freight (P2F) conversion takes about 120 days.  The period that the aircraft is grounded is usually used by the customer to carry out heavy maintenance work and avionics upgrades to 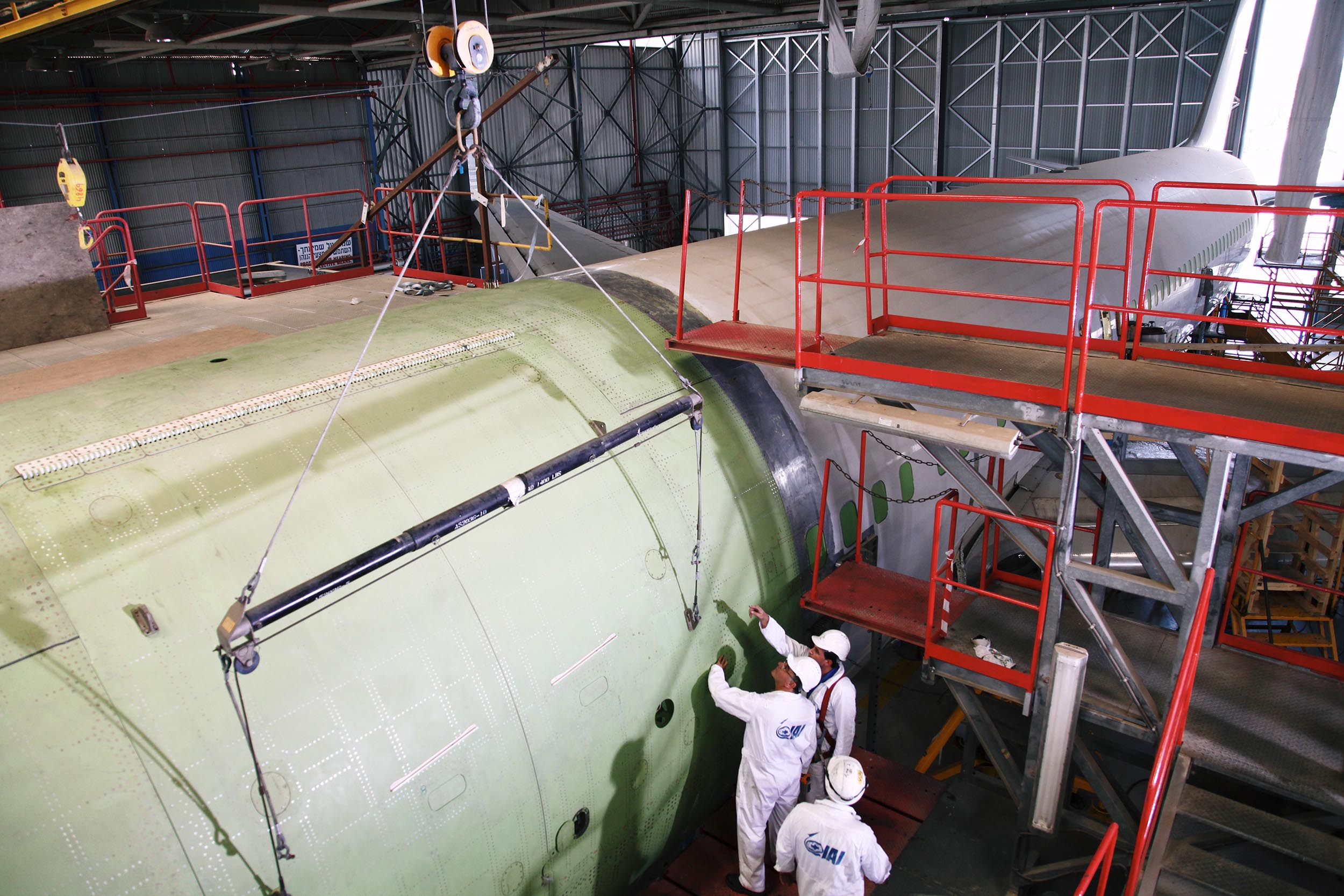 allow the ageing aircraft to meet new regulations and reconfigure the cockpit to be as similar as possible to new aircraft.

Until recently, the 767-300 feedstock was limited, as airlines preferred to keep these aircraft in service.  However, COVID19 has changed this and airlines are reducing their fleets and retiring aircraft even before the end of their useful lifespan. This trend is expected to increase the feedstock and availability of 767-300, and meet growing demand from cargo operators such as UPS, DHL, and ATI/ABX/Amazon.

IAI partnered with Mitsui of Japan on the 767-300 cargo conversion program, with IAI being responsible for the development, certification, and production of the conversion, while Mitsui focused on marketing and investments.

Although competing with the original aircraft manufacturer cargo conversions is tough, IAI has the upper hand with proven past performance.

IAI is increasing its capacity and lines of Cargo Conversions from the narrow body B737NGs up to the wide body B747-400 and soon also the B777-300ER which is currently under development.

By 2021, Amazon will operate more than 40 767-300 cargo converted aircraft , most of them converted by IAI. DHL, another significant customer of IAI, has recently ordered another three cargo conversions aircrafts.

Under this project, IAI acquired the retired passenger aircraft, performed all the necessary MRO work, and converted the aircraft to the cargo configuration. Many more aircraft were converted for Cargojet or purchased by them since the initial order.  Today, CargoJet is one of the largest B767 operators for e-commerce and other freight.

Having converted over 260 passenger aircraft to cargo, IAI’s Aviation Group is a world leader for MRO and cargo conversions.  The majority of these converted aircraft continue to be in operation today and their proven operational performance testifies to the reliability and conversion effectiveness of the aircraft and their ability to meet their user’s needs.