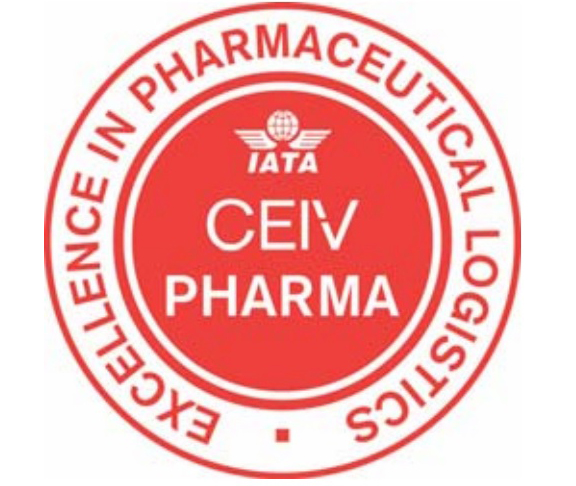 Belgian hub Brussels Airport has launched a second pharmaceuticals certification programme for its cool chain community.
BRUcargo last year became the first airport to be awarded IATA’s Center of Excellence for Independent Validators in Pharmaceutical Handling programme (CEIV Pharma).
“With the launch of this second group the majority of all pharma shipments at Brussels Airport will be handled in a fully certified cool chain”, says Nathan De Valck, cargo account manager at Brussels Airport.
“The big interest from our local partners in the BRUcargo community is a clear proof that CEIV Pharma is rapidly gaining acceptance as a universal, independent and comprehensive compliance and training programme.”
Eleven companies covering the entire Brussels cool chain took part in the 2014 programme: three on-line handling agents, two airlines, five forwarding agents and one trucking company.
Steven Polmans, head of cargo at the hub, said: “Brussels Airport is now recognised by the pharma industry as the preferred pharma gateway in our region.
“The fact that we have had so much good feedback from the first group of companies and seen the interest we got from the market to do a second wave, shows the strength of the program for all.”
Continued Polmans: “We are delighted to understand that participating companies are seeing additional business, simplified audits from pharma shippers and increased market visibility.”
Nine BRUcargo based companies have confirmed their commitment to obtain the IATA CEIV pharma certificate, among them: DHL Global Forwarding, Kuehne + Nagel, Geodis Wilson, Hazgo, FB Logistics, Ninatrans and Van Dievel Transport
By the end of this year, some twenty BRUcargo-based companies will have obtained the IATA CEIV pharma certification programme.
CEIV pharma takes the binding requirements of the national and international good distribution practice (GDP) regulations that are already in place and harmonises these into a globally valid programme using airfreight-focused, on-site training and an integrated, independent audit capability.
The certification programme aims at improving the handling of pharmaceutical cargo by upgrading, aligning and standardising the pharma handling processes at every location in the world.
Cargo traffic at Brussels Airport grew significantly, up 11.7% on February 2014: " A notable fact is the very strong growth that was recorded in the full-freighter segment," said an airport spokesman.