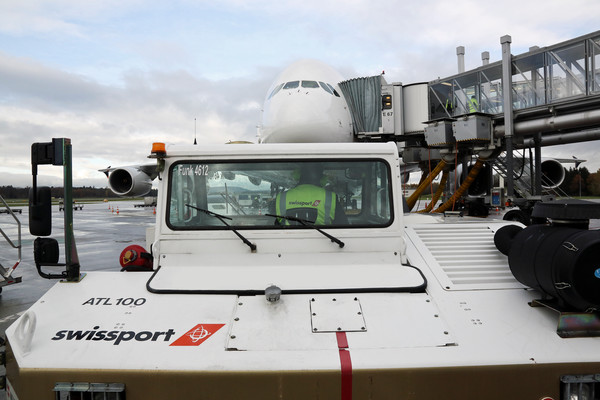 China’s HNA Group Co is in talks to acquire airport handler Swissport International, according to the Bloomberg news agency, citing “people familiar with the matter”.
Swissport’s private-equity owner PAI Partners SAS is seeking about $3bn from a sale, claimed Bloomberg, adding: “Negotiations could still fall apart, as the two parties have struggled to agree on price in the past several months.”
It would be the fifth-biggest acquisition in Europe by a Chinese company,
The news agency said that, alongside a sale, PAI is also exploring an initial public offering with banks, as well as potential takeover interest from other parties.
HNA, based in southern China, is the owner of China’s fourth-largest airline, Hainan Airlines. PAI agreed to acquire Zurich-based Swissport, which provides ground handling and cargo services to about 700 aviation customers, for more than $900m in 2010.