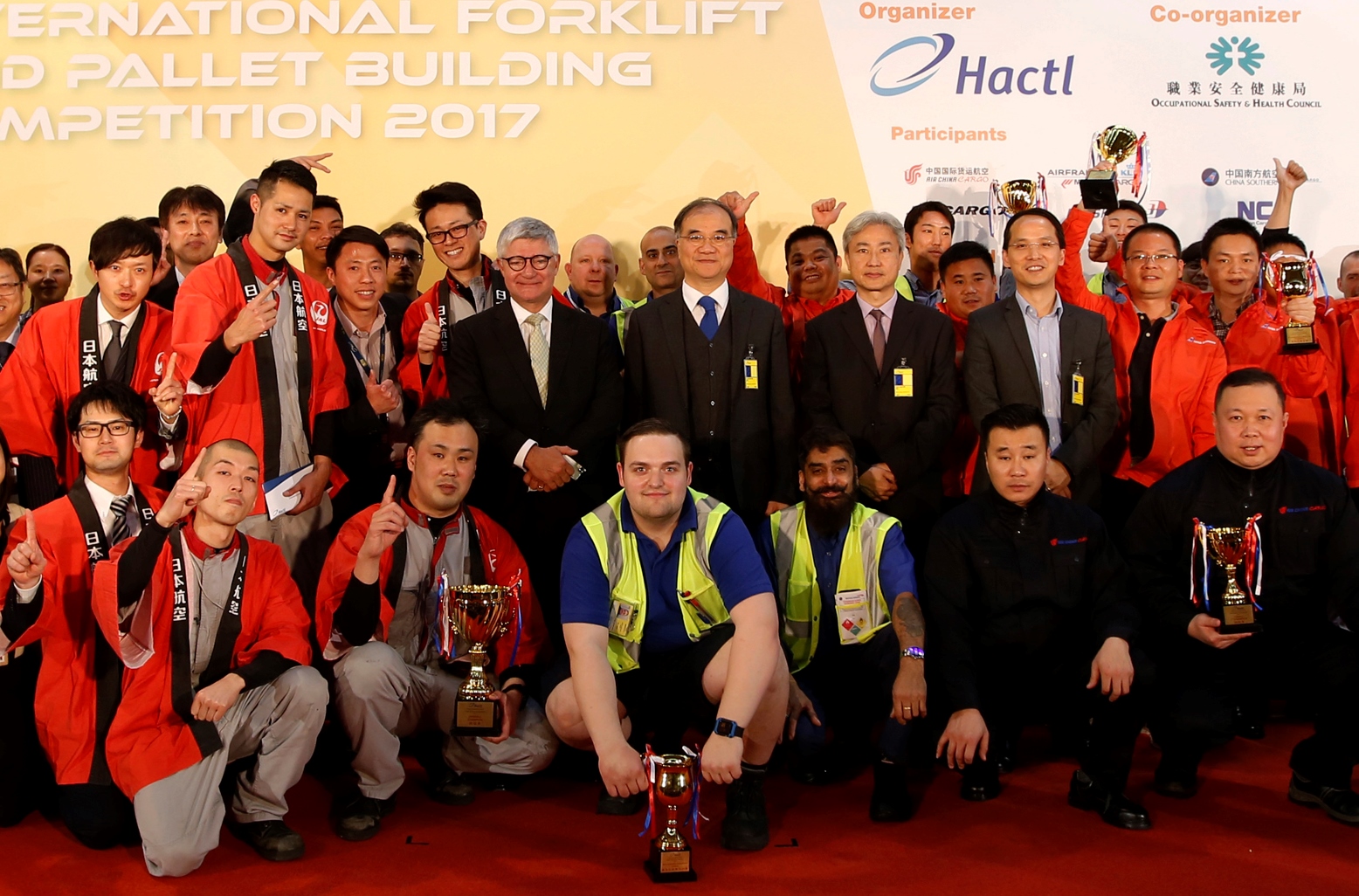 The 2017 Hactl International Forklift and Pallet Building Competition was dominated by Japanese airlines as Japan Airlines won and Nippon Cargo Airlines (NCA) came second.
Japan Airlines achieved top place in both the forklift driving and pallet building competitions, with NCA coming second in each of the competitions.
Teams from Air China Cargo, Air France, KLM and Martinair Cargo, China Southern Cargo, Hactl, IAG Cargo, Japan Airlines, Malaysia Airlines, Nippon Cargo Airlines and Saudi Airlines Cargo took part in the event.
The Forklift Driving competition requires teams of four to manouevre forklift trucks over a challenging route; for the first time, this year’s competition involved lifting cargo in sequence within a small and complex course.
In the Pallet Building contest, teams have one hour in which to build up as much cargo as possible, to the designated contour, and in full compliance with IATA standards and other recognised best practice in the aviation industry.
While the Hactl competition is designed to recognise efficiency in handling, its main focus is aviation and workplace safety.
Separate panels of specialist professional judges adjudicate the forklift driving and pallet building elements, adding weight to the aims and results of the contest.
This year’s event was attended by VIPs including Yau Shing-mu, under secretary for transport and housing, Wu Wai-hung, assistant commissioner for labour (occupational safety) and Winson Yeung, principal consultant, occupational safety and health counci, who joined Hactl Chief Executive Mark Whitehead in presenting awards.
Whitehead said: “We were very pleased to organise and host this event once again, bringing teams together from around the world to pit their skills against safety and efficiency criteria.
“We congratulate everyone who took part, both on their obvious abilities and their enthusiasm. The Hactl International Forklift and Pallet Building Competition aims to combine fun and team spirit with serious messages about aviation safety and safety at work. These are vitally important issues which are embedded in Hactl’s DNA.”