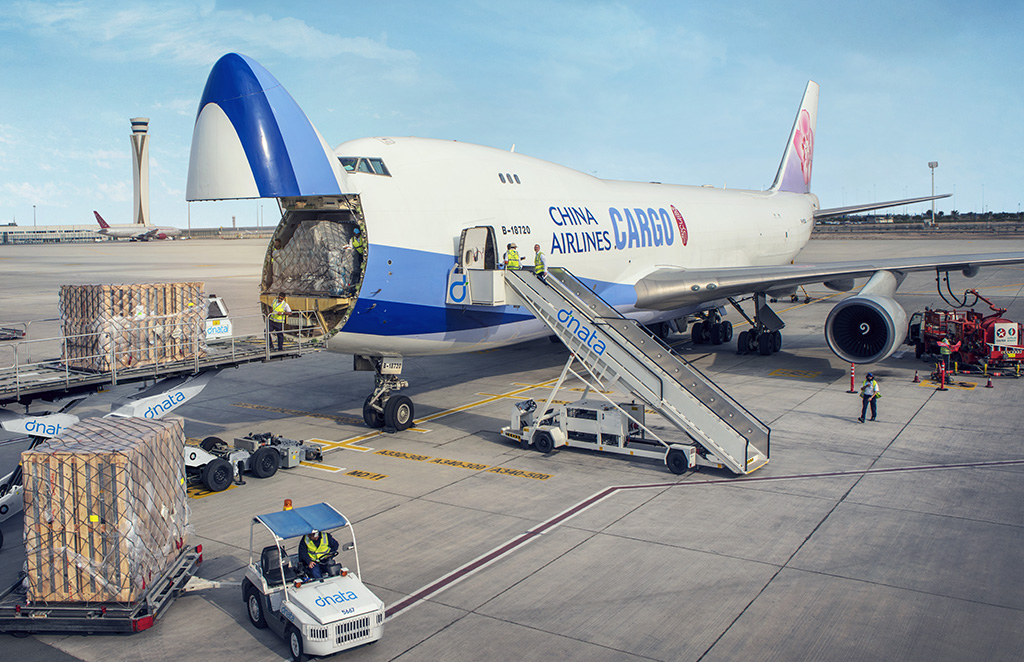 Air services provider dnata has reached a key air cargo milestone at its Dubai World Central (DWC) operation, handling over 1m tonnes at the Middle East hub during its first five years of operation.
From a debut year throughput of 89,729 tonnes in 2011, DWC handled 170,260 tonnes in 2015, helped by the relocation of all-cargo freighter operations from Dubai International Airport (DXB), located 77km away.
In its first half decade, DWC has handled the world’s largest ever piece of cargo, a 95 tonne gas turbine bound for a government project in northern Nigeria.
Other notable airfreight loads include a variety of prototype, racing, classic and luxury cars, as well as World Health Organization relief shipments destined for Pakistan, Yemen and Iraq.
Bernd Struck, dnata’s senior vice president, UAE Cargo, said: “This is a hugely significant milestone for all of us at Dubai World Central.
“The growth we have experienced over the last five years is thanks to not only to dnata, but to the combined hard work and commitment of Dubai Airports and of all of the stakeholders involved in creating a world-class logistics platform with unparalleled connectivity, speed and efficiency.”
Struck continued: “DWC is the perfect gateway, offering competitive pricing, as well as flexibility and the necessary infrastructure to accommodate all of our customers’ requirements.”
Majed Al Joker, Dubai Airports’ senior vice president of operations–DWC, said: “Since first opening for cargo operations in June 2010, DWC has rapidly ascended airport rankings for international freight volumes and now sits in the top 20 worldwide.
“Throughout it all, dnata has played a vital role in ensuring our mutual airline customers receive great service. Dubai Airports remains committed to investing in the provision of top notch infrastructure that facilitates traffic growth.”
Dubai World Central is situated in the heart of Dubai South, a planned residential commercial and logistics complex, which includes the Dubai Logistics City (DLC), Commercial City, Residential City, Aviation City and Golf City.
Dubai Airports launched cargo operations at DWC in June 2010, and by the time the full 140 sq km development is complete ─ estimated to be in the mid-2020s ─ it will be able accommodate up to 16m tonnes of freight and up to 240m passengers per year.
DWC is not limited by slot restrictions for flight movements and has 24/7 operations because it is not subject to an evening curfew.
Dubai’s Emirates SkyCargo officially opened its new airfreight terminal at DWC in November 2015.
Emirates SkyCentral, a first phase 800,000 tonne capacity cargo terminal that can handle 12 freighters, is located within the Dubai South complex.
A fleet of 47 trucks, 12 of them reefers, transfer freight between the carrier’s Cargo Mega Terminal bellyhold hub at DXB and freighter cargo at DWC.
The just over one hour truck journey between the two cargo terminals takes place along a “virtual corridor”, a Customs approved bonded route which is closely monitored by hi-tech security, including geo-fencing and GPS tracking. The total transfer time, from aircraft arrival to aircraft departure, takes around five hours.