dnata invests in cargo despite volatility 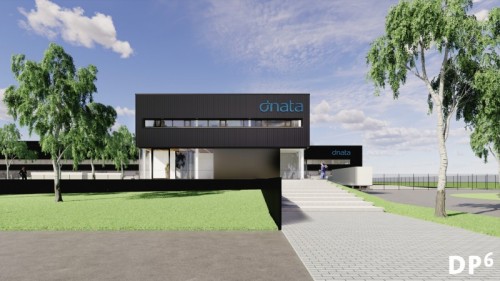 Cargo handler dnata is looking to invest and expand despite ongoing market volatility, with a focus on innovation, infrastructure, sustainability and people.

At an event to highlight recent developments at dnata, chief executive Steve Allen said that the overall handling market had faced a tough couple of years but added that the cargo market had demonstrated resilience.

Allen said he expected an uncertain market over the coming months but added that dnata aims to grow through investments in infrastructure, expansion of customer contracts and possibly by making acquisitions.

“We are going through an unpredictable phase,” said Allen. “We are seeing inconsistent recovery from the pandemic and it is very difficult for us to plan and optimise our business when countries are opening and closing borders and growth is happening at different rates throughout the world.”

On potential acquisitions, Allen said that the major handling players had remained solvent but there were opportunities with some of the smaller players.

“We have always grown by buying smaller companies that we believe are well managed, have similar values to us and are in markets where we believe there is potential for growth,” said Allen.

“Coming out of the pandemic, I don’t think anybody is rich with cash but I think there are definitely some of the smaller businesses that may be up for sale.

“Certainly, Latin America is an area we would like to expand. The growth in that South America market is going to boom and compared to a lot of the rest of the world it is quite stable.

“[In Africa] we are present in Zanzibar, but there could be more opportunities in that region that we might be interested in.

“If another opportunity comes up, we will look at them but we aren’t going to break the bank for them.”

On investments in technology, Allen said that aviation’s recent focus on cargo had resulted in an innovation drive.

dnata, for example, has the stated aim of tripling its investment in technology by 2024.

Allen highlighted dnata’s recent investment in the One Cargo management platform, which is in the process of being rolled out across its network; the trading platform Calogi in the UAE to help digitalise the relationship between forwarders and handlers; DG AutoCheck to create efficiencies in the handling of dangerous goods and the testing of autonomous drones in Dallas.

To achieve this target, the company has switched to renewable energy at existing facilities in the UK, Singapore and Ireland; new facilities incorporate reduction initiatives in construction and operation and it has invested globally in solar panels, air-source heat pumps and electric vehicle charging.

For equipment, the company has invested in electric/hybrid ramp, ground support (GSE) and forklift equipment and is refurbishing existing GSE equipment with new technologies.

Allen added that the company is also investing in people, something that is becoming increasingly important given that recruitment is one of the biggest challenges faced by the sector.

“The length of the pandemic has meant that many people left the industry and found other jobs and trying to attract them back is tricky,” Allen said.

“Does that mean you have to pay people more to come back into the industry? I think that is the case around the world and not just the airline industry.

“But we also work very hard on being an employer of choice, so that people come to work for us because they want to go to an employer that they can trust and is a fun and exciting place to work, with development opportunities and career progression and all of those good things.”

Allen outlined several initiatives the company has launched to engage with staff and local communities.

He said dnata had invested in e-learning; offered re-deployment opportunities during the pandemic; had added a health and wellbeing initiative, launched a cultural survey and had committed to IATA’s initiative to have 25% of management roles occupied by women by 2025.

The handler has gone one step further on this target and will aim to have women occupying 25% of positions across the business, he added.

To support local communities, dnata is backing volunteering and fund raising; making corporate donations and is a signatory of the Buckingham Palace Declaration for Wildlife Protection.

Between 2019 and 2022 the company has added new facilities in Karachi, Lahore, Brussels, and Manchester and in the coming weeks will open dnata City East Phase 2 at Heathrow.

The company has also expanded existing facilities in Dubai, Sydney and Toronto.

The 61,000 sq m dnata Cargo City Amsterdam facility, located at Schiphol South-East, will be capable of processing over 850,000 tonnes of cargo annually.

Scheduled to become operational in 2024, the facility will handle all types of cargo, including perishables, pharmaceuticals, dangerous goods, mail, live animals, aircraft engines and vehicles.