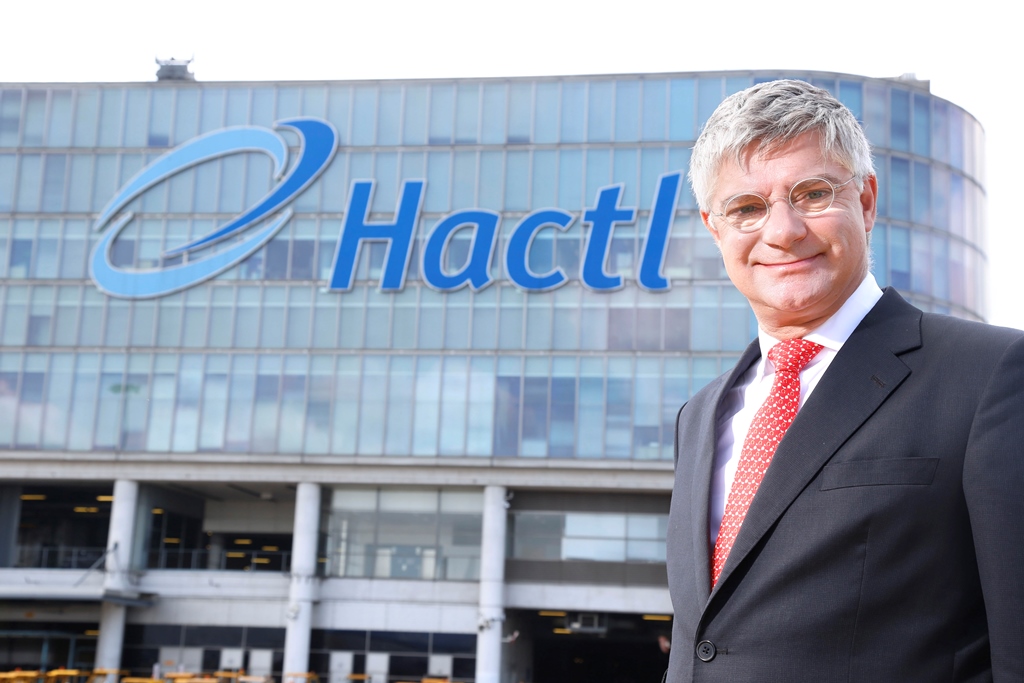 Hong Kong Air Cargo Terminals Limited (Hactl) is expecting to beat last year’s tonnage throughput total in 2016 thanks to a late spike in demand.
Hactl chief executive Mark Whitehead said that he expected the terminal operator to end the year with total cargo volumes of around 1.8m tonnes compared with last year’s 1.75m tonnes.
The improved performance comes after a flat start to the year but an improved performance as 2016 drew to a close.
“In August the whole thing changed and we are now seeing very strong numbers coming through and I am expecting that 2016 to be a stronger year than 2015 by year end,” he said.
Whitehead said he believed one of the reasons for the end of year improvement – as well as the usual winter peak − was that the industry gained some benefit from the bankruptcy of container shipping line Hanjin, which left thousands of containers stuck on ships throughout the world.
“The last thing we want is to take advantage of someone else’s grief but I think air cargo would almost certainly have benefitted positively from that saga, but I can’t say how much because we don’t have the numbers.”
This view was also echoed by Robert van de Weg of the Volga Dnepr Group, although others, such as aircraft lessor Atlas, said they did not see any increased demand caused by the failure.
Hactl’s performance is reflected in the numbers released by Hong Kong International, which recorded year on year demand growth of 7.1% in October, which it said was down to transhipment traffic with volumes heading to Europe and Southeast Asia particularly strong.
This compares with growth over the first ten months of a lower amount of 1.9%.
Looking ahead, Whitehead was optimistic about the future despite the flat demand growth seen in the final three quarters of 2015 and the first three quarters of 2016.
“Going forward, I believe the business is fundamentally a robust business, although you have ups and downs like in any business,” he said.
“I personally believe if you take a longer term view and I think it is an upward trend and that’s how I see the next few years.
“E-commerce growth can only be positive for air cargo, along with the huge number of passenger jets on order and the belly capacities they are able to offer.”
Despite the recent demand growth, Hactl’s facility will not reach capacity anytime soon after Cathay Pacific withdrew its volumes – at the time around 1.3m tonnes – to move into its own facility in 2013.
At the point Cathay Pacific left, Hactl was handling around 2.9m tonnes a year, above its design capacity of 2.6m tonnes.
“I would like to get up to 2-2.2m tonnes but that is going to take some time because of the market. Even if we are optimistic and say there is 3.5% growth in cargo each year, then it will still take a few years to get there.”
So with plenty of spare capacity, a high level of automation and advanced IT setup – all necessary to maximise capacity because of the space constraints at Hong Kong – where will the terminal operator be looking to invest in development in the future?
“We look to make constant enhancements on productivity and on processes, on making sure you are ahead and making sure you know what technology is available.
“I think our business is one of incremental change linked into two things. One is technology and innovation and the other is customer needs.
“We are an expert in our industry. Most airlines are not experts in the cargo terminal industry, so we need to lead the innovation so that they can take advantage of it."
However, he is expecting some major changes ahead particularly on the security front.
“The only area where one has to expect to see a bit of a quantum change is probably in airline security,” he said.
“In airline security we are the gatekeeper and so I would expect that the regulations will become more stringent and the requirements on airlines’ will become more stringent.
“We will need to be in a position to react to that so cargo flows and times are not affected.”