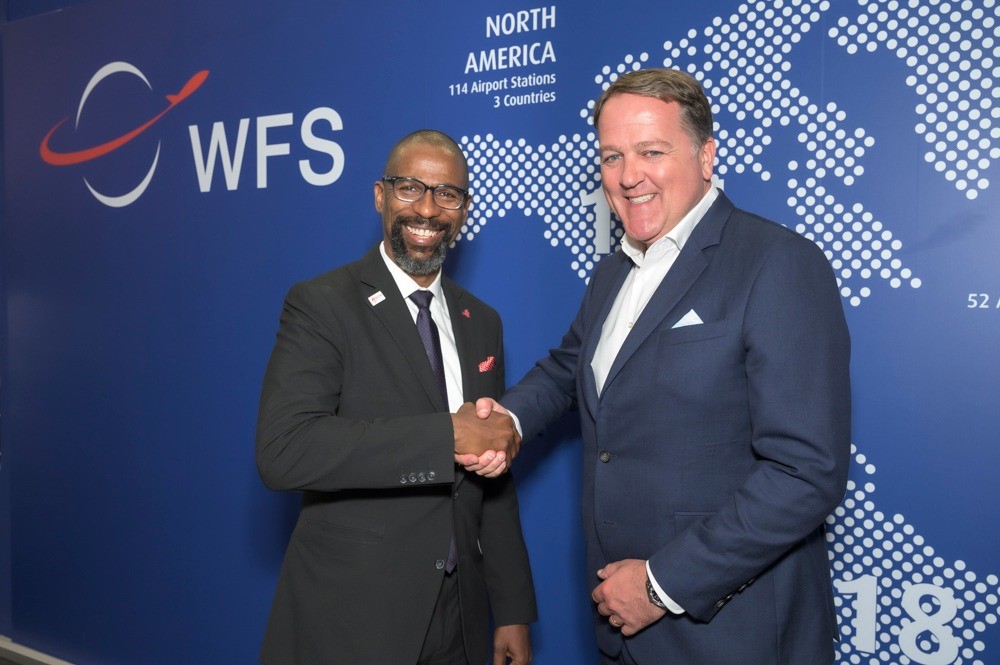 WFS will take a long-term lease on the new facility, the newest of the cargo terminals at the airport, as part of a multi-million dollar investment.

Moreover, to support the handling of temperature-controlled products, it will also enjoy 2,500 square feet of dedicated cooling facilities capable of storing 140 skids plus ULD containers for handling pharmaceuticals as well as other perishables cargoes.

WFS has confirmed that it is going ahead with the required processes to become the first cargo handling partner in Atlanta to achieve the EU’s Good Distribution Practice (GDP) certification.

The terminal will benefit from its own freighter ramp handling facilities and a container bypass handling system.

The building with also have a WFS ePic warehouse management system to maximise its operational efficiency, and its contents will be protected by a multi-layered security system linked directly to a centralised Security Operations Center (SOC) in North America that will provide 24/7 security surveillance.

Mike Simpson, WFS’s executive vice president Americas, declared: “This is a really big win for WFS and for the airlines we will be working with in Atlanta.

“As the biggest handler in North America, present at over 60 major airports, Atlanta has been a significant gap in our network.

“We have been very attracted to Atlanta for some time and are excited by what we can do to support the airport’s long-term growth, most notably by bringing our best-in-class global safety and security standards to the market,” Simpson noted.

“We applaud the City of Atlanta and Hartsfield-Jackson Atlanta International Airport for investing in the modernisation of its cargo infrastructure to meet the fast-growing cargo demand in the region.”

Elliott Paige, airport director, air service development, at Hartsfield-Jackson, commented: “Our goal is to offer the highest quality of handling services to attract high-value cargo onboard the more than 900,000 flight operations from Atlanta annually.

“With more airlines recognising the outstanding opportunities we offer, WFS will play an important role in Atlanta’s future growth by further enhancing our reputation as a first class, and safe and secure, cargo hub.”

The move into Cargo Building C is the latest contract win for WFS.

WFS, the world’s biggest airfreight handler, has in recent times expanded its footprint in Paris, New York JFK, Brussels, Copenhagen and Madrid which, with the addition of Atlanta, adds a further 700,000 square feet in total to its international operations footprint.

Hartsfield-Jackson Atlanta International Airport handled a total of 700,000 tonnes of cargo last year, a 4.7% increase over 2017.