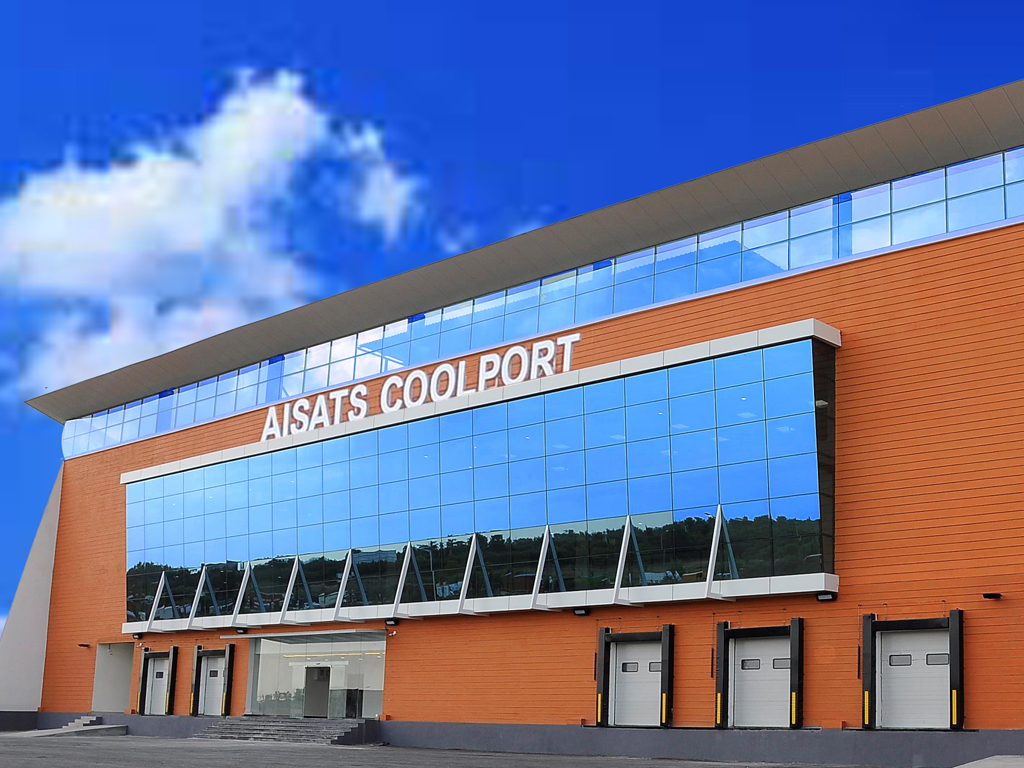 Air India SATS Airport Services has officially launched AISATS COOLPORT, India’s first integrated on-airport perishable cargo handling centre, at Kempegowda International Airport, Bengaluru.
The 11,000 sq m facility is designed to meet handling requirements for perishable cargo such as pharmaceuticals, fruit, vegetables, flowers, meat and seafood.
It is able to handle up to 40,000 tons of cargo per annum and offers end-to-end cold chain benefits including refrigerated trucking services, cool trolleys and thermal blankets, as well as temperature controlled container handling.
The trial operating period of AISATS COOLPORT, which extended from October 2016 to January 2017, saw a 27% growth in perishable tonnages in comparison to the same period last year.
During those months, 4,653 tonnes (import and export) of various temperature-sensitive and perishable cargo – both import and export freight – was handled through the AISATS COOLPORT facility.
AISATS COOLPORT recently obtained its Good Distribution Practice (GDP) certification for receiving, handling, storing and dispatching pharmaceutical and perishable cargo.
AISATS also hopes to achieve IATA Center of Excellence for Independent Validators in Pharmaceutical Logistics (CEIV Pharma) certification in the near future.
Mike Chew, CEO of AISATS, commented: “As India aims to become the world’s third-largest aviation market by 2020, we believe that the cargo industry will play a crucial role in achieving this objective.
“India has aptly demonstrated the potential to maintain an upward growth trajectory year on year, despite a global slowdown. However, there is an immediate need to develop adequate infrastructure to boost the growth of the air cargo industry.
“We at AISATS developed the COOLPORT, with invaluable support from the Government of India’s ASIDE (Assistance to States for Infrastructure Development for Exports & Allied Activities) scheme,” Chew explained.
He continued: “The COOLPORT addresses the need for specialised infrastructure amenities catering to cold chain processes, operations and logistics and we at AISATS partner the government of Karnataka’s vision of turning the Kempegowda International Airport into a preferred air cargo hub in southern India.”
Hari Marar, president, airport operations, for Kempegowda International Airport, remarked: “We aim to be the engine of economic growth for the region by connecting Bengaluru to the world and positioning the city as the gateway to south India not only for passenger traffic but also for cargo.
“BIAL has a robust plan and strategic intent to grow the cargo business. Our aim is to create an environment that enables our cargo partners to introduce new initiatives and facilities that cater to the burgeoning cargo demand of this region.
“We firmly believe new logistics that redefine the cargo business will propel us closer to our vision of being the cargo hub of south India and the region.”
The new facility represents a “validation of our partnership and commitment by both BIAL and our partners to continue to explore new ways of enhancing efficient and seamless cargo operations”, Marar concluded.