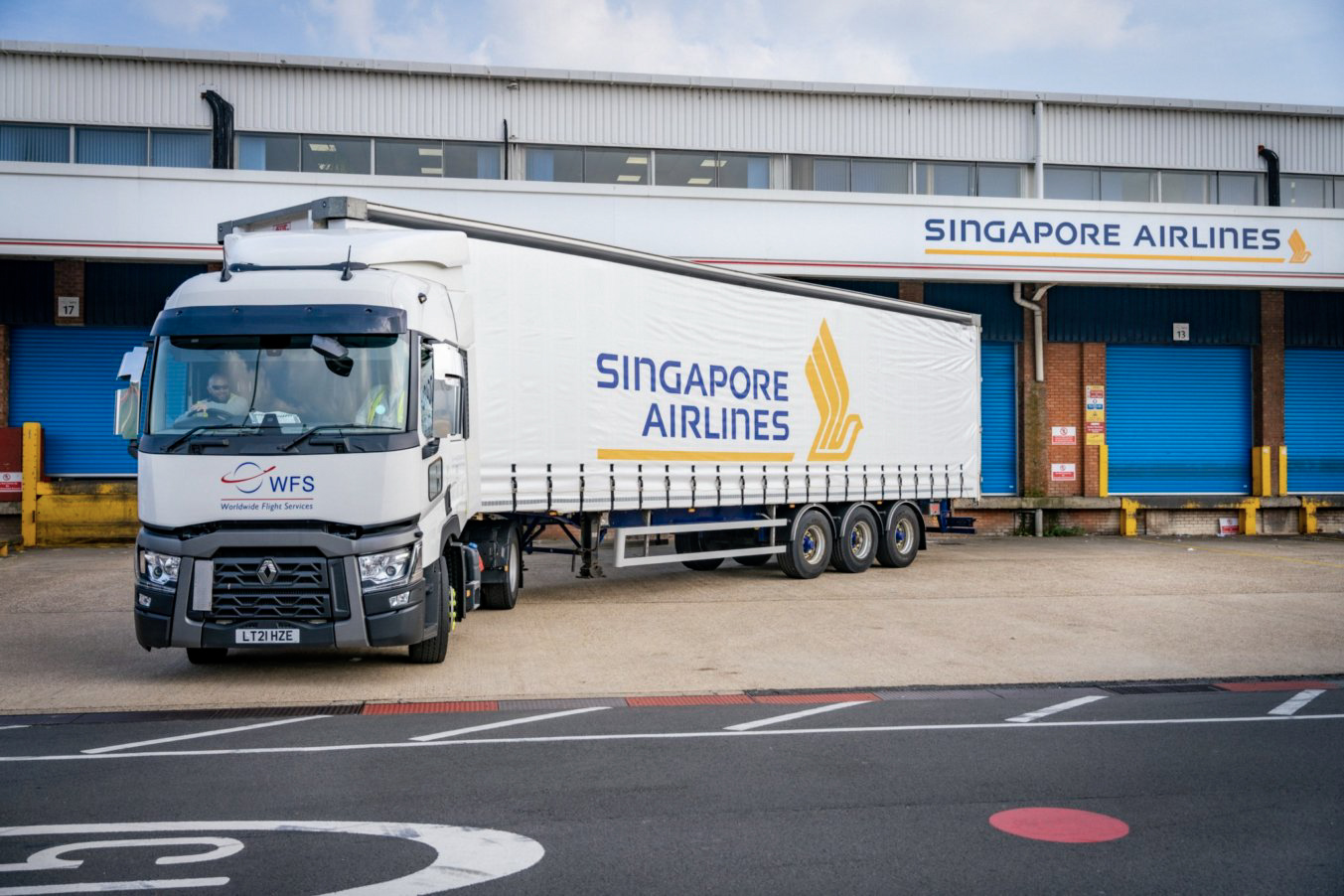 Cargo handler WFS has provided cargo handling for Singapore Airlines in the UK since 2015 in support of its passenger and freight services from London Heathrow and Manchester airports, including trucking services between the two airports as well as offline handling across all of WFS’ other UK stations.

The company now handles over 45,000 tonnes per annum for Singapore Airlines, which currently operates 30 flights a week ex Heathrow and seven weekly services from Manchester using a combination of Airbus A350 and A380 and Boeing 777 and 747F aircraft.

“WFS is delighted to be extending its partnership with Singapore Airlines in the UK to include the airline’s regional transport requirements. The airline is already a major customer of our UK operations and this new contract will enable us to support Singapore Airlines’ continued growth in the UK market by giving its customers across the country fast and seamless access to its wide choice of passenger and freighter flights,” said Jennifer Smith, WFS’ UK commercial director – cargo & ground handling.

WFS has recently invested to expand its UK transport fleet to 28 tractor units and 31 trailers to support the 50,000 tonnes its moves annually by road in the UK.

In October, WFS also secured new cargo handling contracts in the UK with All Nippon Airways (ANA) and Nouvelair.

At the beginning of the month, aviation services company SATS finalised its funding plan for the proposed acquisition of WFS.