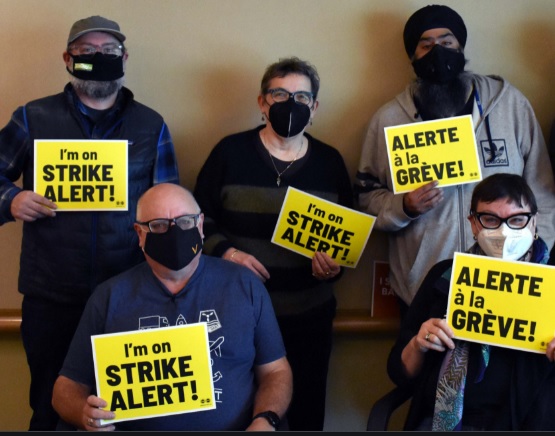 Air cargo operations could be disrupted at Vancouver International Airport (YVR) following the decision by air fuellers to vote in favour of taking strike action against Swissport Canada.

Swissport manages the refuelling of almost all passenger and cargo aircraft at YVR, and Public Service Alliance of Canada (PSAC) regional executive vice president Jamey Mills has issued a warning for potential disruption of work at the airport.

There are approximately 50 members of PSAC-UCTE Local 20221 working at Swissport Canada, refuelling aircraft and providing associated services at YVR. They have been without a contract since October 2021, said PSAC.

Swissport told Air Cargo News: “We were surprised to learn of the strike threat as we are still in what we perceive to be constructive talks with our social partners. We want to bring these to a positive conclusion in the interests of our workers, our customers and the people traveling through Vancouver International Airport.”

YVR confirmed to Air Cargo News that: “Airport operations are not affected at this time.”

It added: “We are aware that unionised aircraft fuellers at Vancouver International Airport (YVR), who are represented by PSAC-UCTE Local 20221, have voted in favour of taking strike action against Swissport Canada. Swissport manages refuelling of aircraft at YVR.

“Vancouver Airport Authority supports healthy and positive relationships between employers and unions. We encourage the parties to work together for a mutually beneficial outcome.”

In a press release, Mills said: “PSAC members at Swissport worked through a period of significant uncertainty during the pandemic and endured a series of layoffs and re-hires.

“Now the employer wants to undermine the health benefits of our members, while offering them a minimal wage increase – all while inflation has skyrocketed and the Lower Mainland continues to be one of Canada’s most expensive places to live.”

“The ball is in Swissport’s court,” added Barry Tchir, Union of Canadian Transportation Employees regional vice president. “We’re prepared to work with a federal mediator to come a fair agreement, but we’re also prepared to take strike action if a last-minute deal isn’t reached this week.”

Swissport reported a successful business year in 2021 thanks primarily to its cargo unit.