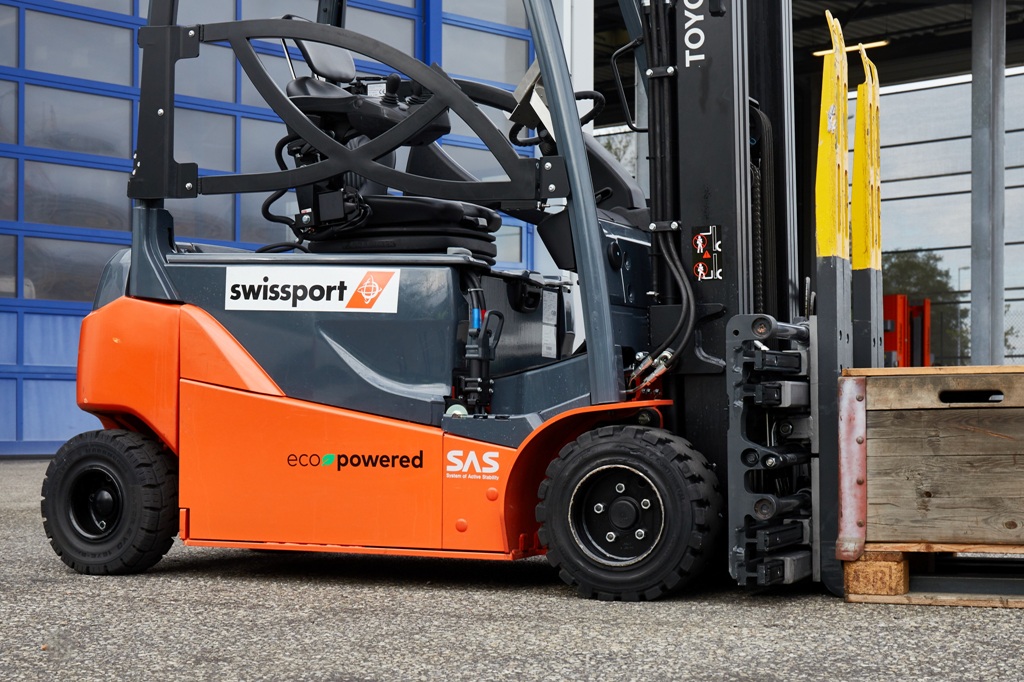 One of Swissport's electric vehicles

Swissport has added a new air cargo terminal at Amsterdam Airport Schiphol as it continues to add capacity to its European operations.

The new facility is a 10 minute drive from its existing terminals and brings its total cargo handling footprint at the airport to 35,000 sq m.

The move comes as the demand is outstripping capacity supply at the airport – towards the end of last year special measures were put in place to help manage a backlog of cargo at Schiphol.

Daniel Tarrega, chief executive of Swissport the Netherlands and Denmark, added: “At Amsterdam Schiphol Airport, air cargo volumes are rising stronger than terminal capacity. Warehousing space has become ‘the new gold’.  As we are very confident about the future of our business and our company, we are investing in our facilities and our people.”

Jeroen Giling, director of Swissport’s cargo division at Schiphol Airport, said: “The new terminal seven will relieve our first line on-airport warehouses, allowing us to use our total available space even more efficiently. It enables us to move not only more cargo, but also faster, reducing the waiting time for trucks considerably. With the opening of our third cargo terminal at Schiphol Airport, we are all set for the future growth of our existing client portfolio and ready to welcome new customers.”

Last year, the airport registered a 15% increase in cargo volumes to 1.7m tonnes.

The new facility is the handler’s second investment in Europe over recent weeks.

The deal grows Swissport’s total warehousing and handling capacity in Belgium by 40%. Between them, the two companies operate cargo centres with a combined capacity of 76,000 sq m in Belgium, about half of which is at Liège Airport.