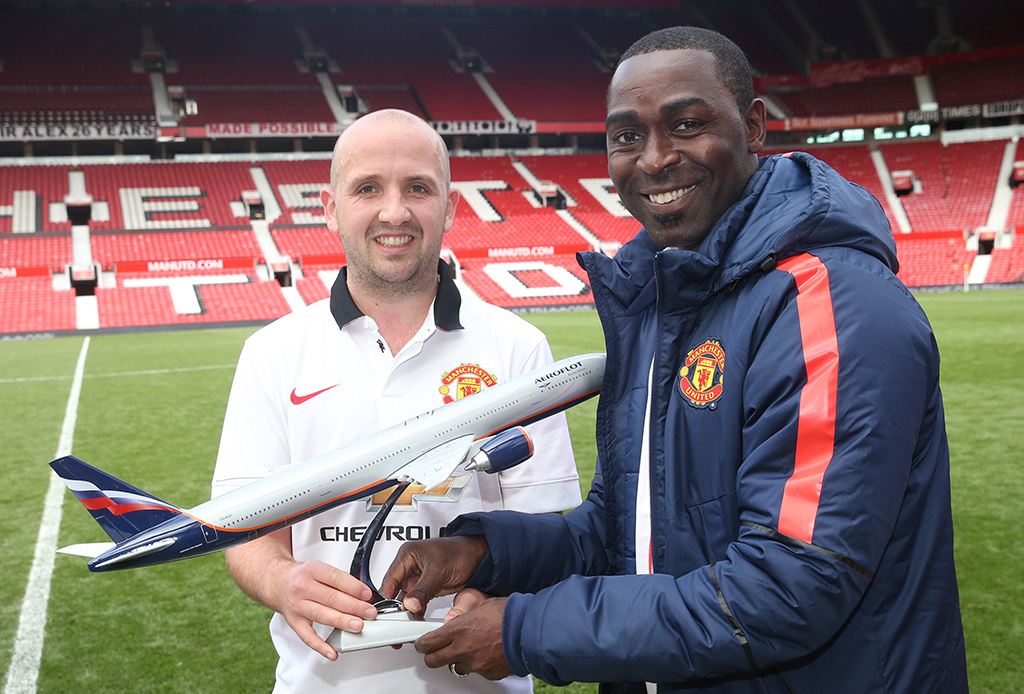 Aeroflot’s ground-handling partners, Swissport and dnata, were given the chance to show their silky football skills on the hallowed Old Trafford turf.
They were the guests of the Russian airline, official carrier to Manchester United, which had invited them to a ‘pitch day’ at the Red Devil’s home ground.
The end of season football match brought together two 11-a-side teams comprised of ground handling and Aeroflot staff. 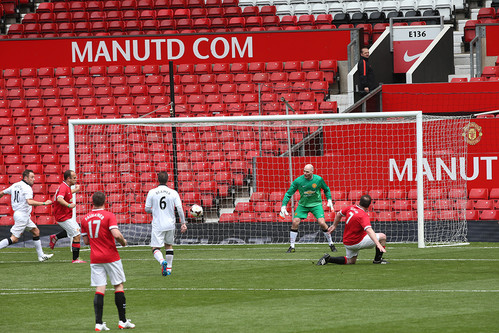 Manchester United ambassador Andrew Cole attended the event. The former player welcomed the teams and encouraged the players with his professional advice.
Following a warm-up and training session conducted by Manchester United Soccer Schools coaches, the players then took to the pitch.
An Aeroflot spokesman takes up the commentary: “From the beginning, the Swissport team took the initiative. A few scoring opportunities missed, on the 10th minute the ball hit dnata’s net.
“The first half was full of exciting moments, with Swissport having numerous shots at goal.
“In the second half the dnata players gained drive, but the opponents’ agile goalkeeper didn’t miss a goal, but once. The Manchester match ended with a score of 6-1 in favour of Swissport.”
Participants took home precious souvenirs, spectacular memories and an unforgettable experience.
The match served a good networking and team-building opportunity for Aeroflot and its ground-handling partners.
“Be it in the soccer field or corporate world leadership is attained through joint effort and healthy competition. Aeroflot, Swissport, dnata we, industry leaders, are here today to confirm,” said Dmitry  Preobrazhensky, Aeroflot General Manager, UK and Ireland. 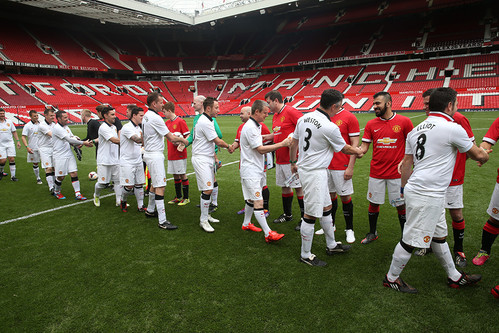