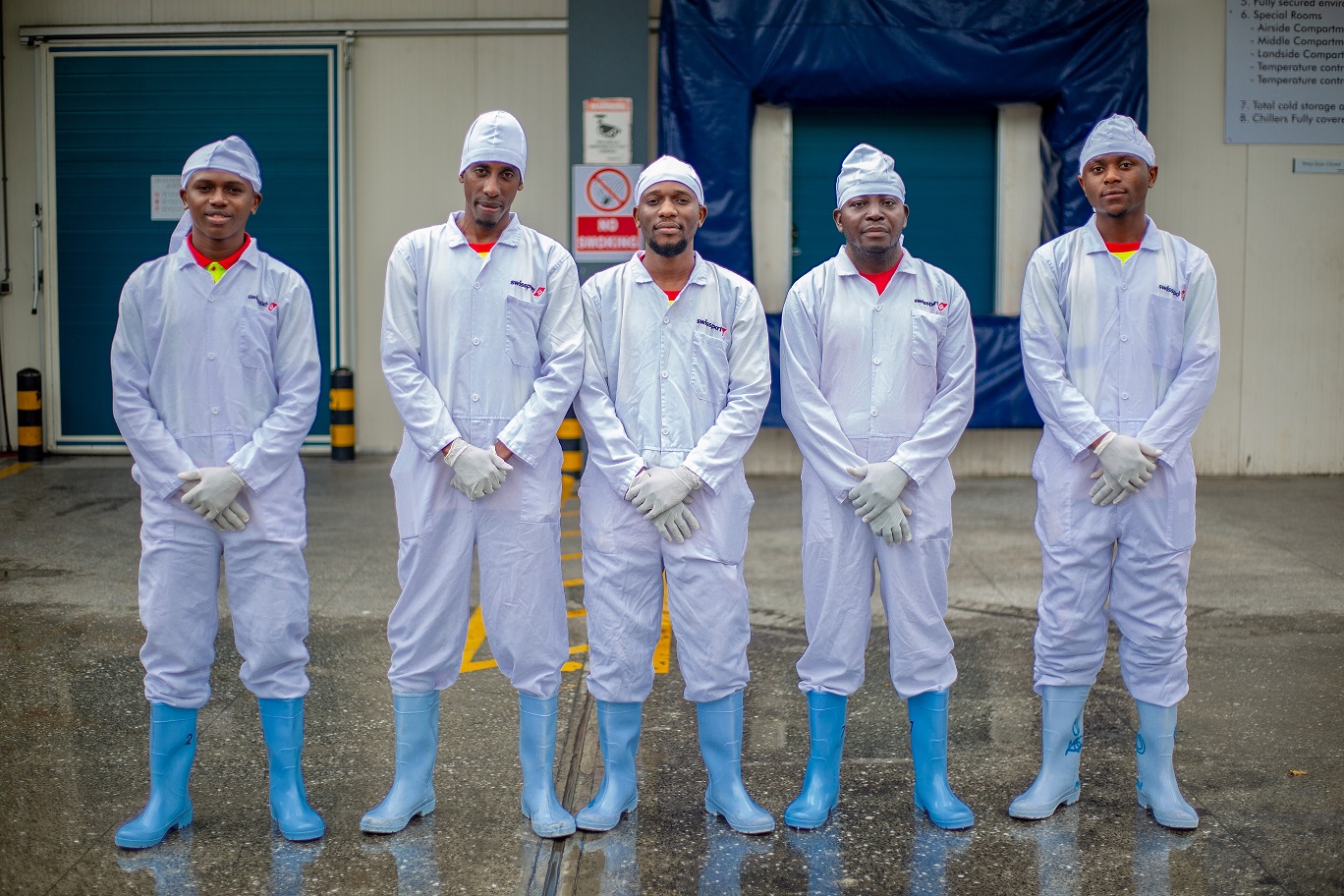 Swissport is handling more meat exports than ever. Photo: Swissport

Swissport has reached a new record in the handling of fresh meat at Julius Nyerere International Airport in Dar es Salaam (DAR), Tanzania.

In the first six months of the fiscal year of Swissport Tanzania Ltd. (March to March), the tonnage of fresh meat exports increased by almost 50% compared to the first half of the previous fiscal year.

The tonnage of fresh meat exports handled by Swissport has been growing steadily over the past years with a 15% year-on-year increase both in 2020 and 2021.

In 2022, fresh meat exports account for half of the overall perishable cargo exports out of DAR, where Swissport is the only air cargo handler to provide temperature-controlled cargo facilities and perishable handling services.

The fresh meat handled by Swissport in Tanzania is flown to the Middle East, specifically to Kuwait, Qatar, Oman and the UAE.

The other half of the perishable cargo exports out of DAR consists of vegetables, fruits, flowers and fish. The increase in export quantities over the past years has also supported the development of the Tanzanian farmers’ markets.

Swissport has invested in upgrading its air cargo centre infrastructure in Dar es Salaam, which now includes temperature-controlled facilities equipped with roller decks for fast and efficient offloading, as well as a CEIV Pharma certified storage facility for import products.

“Swissport Tanzania, with its state-of-the-art cargo operation in Dar es Salaam and its expertise in handling perishables, plays a vital role in the supply chain.”

“Our successful cargo operation must be attributed to the highly professional staff,” said Mrisho Yassin, managing director Swissport Tanzania. “We regularly provide and ensure compliance training of handling temperature-sensitive perishables and we have strict monitoring procedures in place.”

Swissport Tanzania also provides airport ground services for the national flag carrier Air Tanzania at its home base in Dar es Salaam. Most recently, Air Tanzania extended this partnership until 2024.