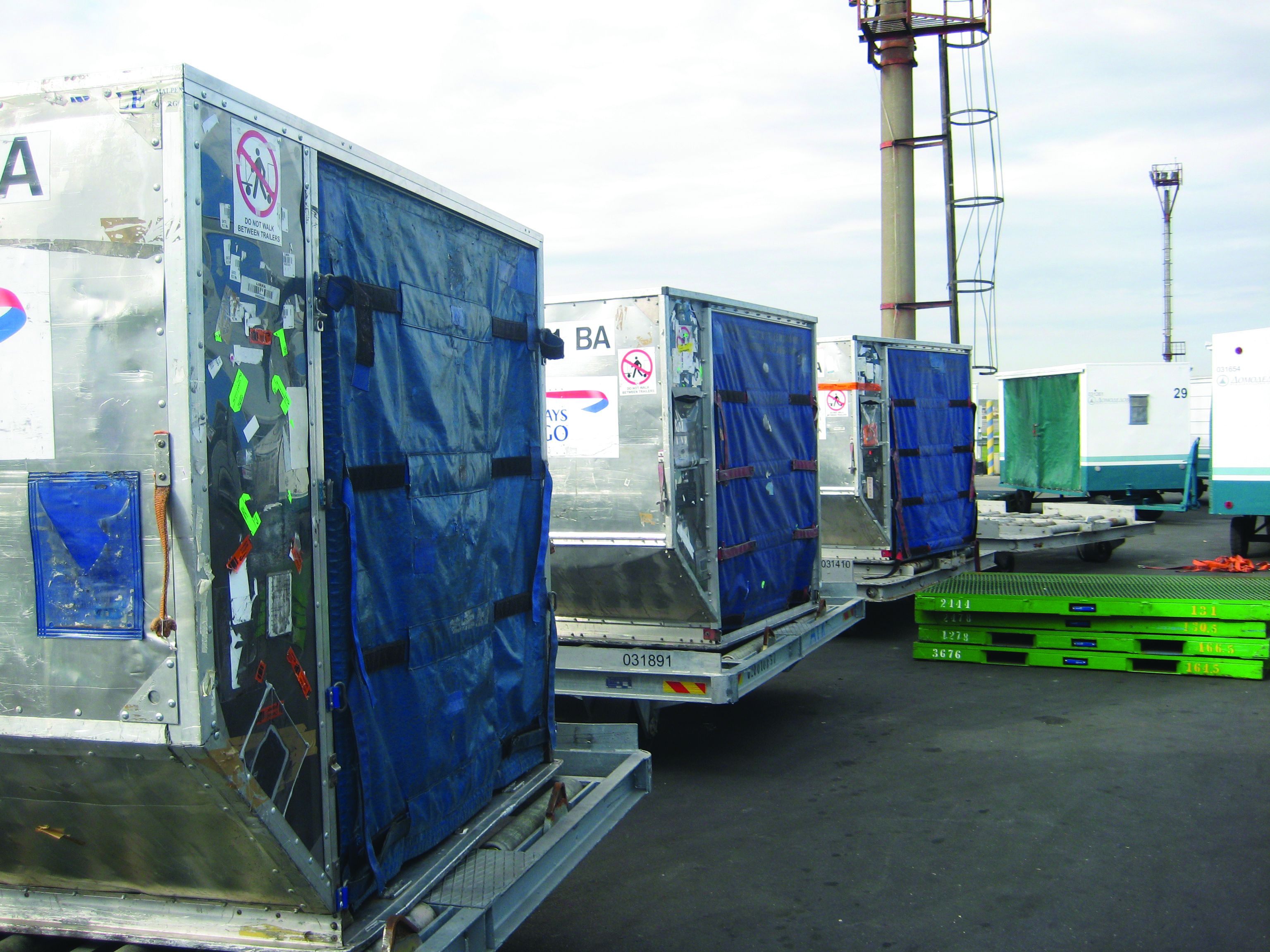 The two leading players in outsourced ULD management brought differing messages to the World Cargo Symposium in China this week.

Jettainer released details of a new lightweight pallet design while for CHEP Aerospace Solutions, the key priority is tracking and tracing missing or damaged units.

CHEP estimates that 380,000 containers and 520,000 pallets are in circulation globally, but that five per cent of them are in unknown locations at any given time. “A big portion of assets is floating around and we don’t know where they are,” CHEP president Ludwig Bertsch told a conference session on new technology.

Moreover, units need repairing on average 1.8 times per year at a cost to the industry of $200m – and at least half the damage is caused by negligence.

“GHAs [handling agents] are the root cause of damage and loss but we’ve given up as an industry, despite clear contractual responsibility,” Bertsch claimed.

“If a ULD could talk, we would want to ask it: Where are you? What are you carrying? How long have you been here? What’s the ambient temperature? Are you damaged? Who caused this, when and where? Has anyone interfered with your contents?” he said.

CHEP is trialling a solar-powered GPS tracking solution developed by On Asset that can pinpoint a ULD’s position to within a few metres. The idea is that the units check in just once a day.

Field trials that began with Air Canada and Hawaiian Airlines in November are showing that with careful management, typical battery life of 10-15 days can be extended to 80 days.

The trackers are “generating more data than we have time to analyse. We need to move to management by exception,” Bertsch said. For example, a sensor could be configured to record suffered major impacts of a greater than specified G-force.

If the time and place where damage occurred could be shown, this could help the ULD owner seek compensation or pursue an insurance claim.

Alerts could also be generated when “geo-fences” or virtual borders around airports are crossed, for example when an airline passes a container to a forwarder who takes it offsite.

Bertsch claimed viable pallet tracking solutions were also in the pipeline, and said improved asset control could be worth $5m per year to CHEP. “But our aim is to drive better behaviour, not to punish handlers,” he emphasised.

One concern for ULD owners and users is that even when sensors have demonstrated their value, current units would have to be retrofitted and recertified.

Carsten Hernig, managing director of Jettainer, told Air Cargo News that the company was “narrowing down the list of potential providers of sensor technology,” but warned that this was a long-term project.

“Manufacturers would have to integrate sensors from new, and it would take six years to replace ULD fleets,” he said. “You also have to be clear what is the additional value of attaching a sensor, and not do it for its own sake.”

More immediate benefits will accrue from a lightweight pallet, developed exclusively for Jettainer, which it hopes to launch later this year as soon as the product receives EASA and FAA approval.

Based on a new, sandwich design composite material that is being used for the first time in the aviation sector, the pallet weighs 70kg, more than 30kg less than a traditional aluminium pallet.

The real saving would be greater still, Hernig promised, since manufacturers have only been able to make pallets lighter previously by thinning the aluminium base. This has required airlines to reinforce them with wooden sheets to support heavier loads.

Following successful initial trials, Jettainer is now subjecting the new design to long-term road feeder service tests, on the basis that trucks with roller beds will apply the same kind of forces that pallets will experience during aircraft loading and in flight.

“The pallet will be slightly more expensive, but the extra cost will be more than offset by the weight saving,” Hernig said. “Around two-thirds of cargo is palletised, depending on route, so the first genuine lightweight base is a really big step for the industry.”

Did you find this article of interest, if so why not register for a FREE digital subscription to Air Cargo News? – Find out more