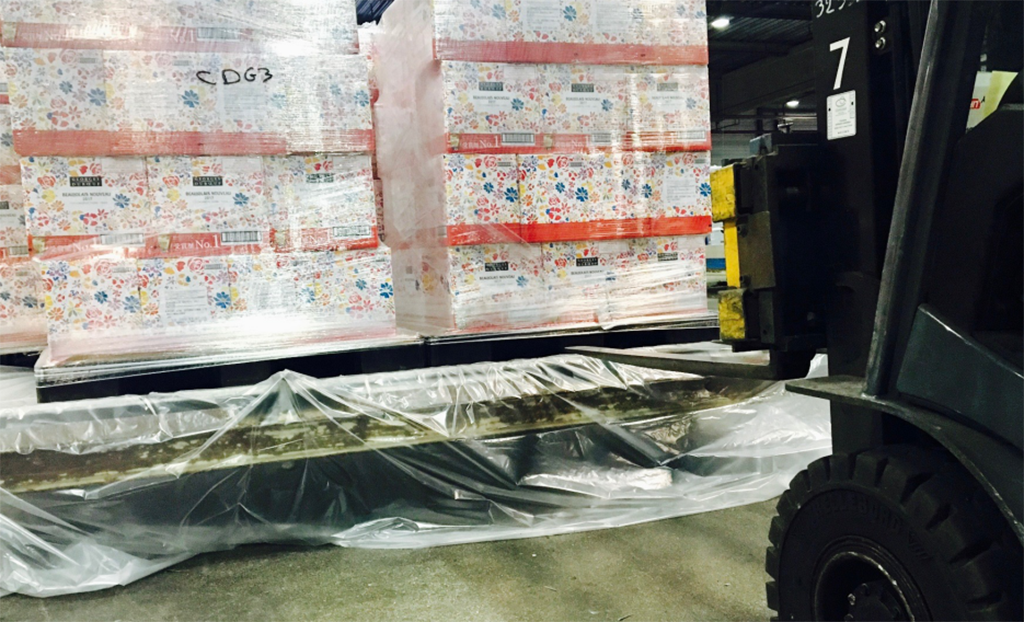 Worldwide Flight Services (WFS) has handled more than 3,000 tonnes of Beaujolais Nouveau, helping a large part of this year’s crop of virgin wine on its way to customers in Asia.
WFS spends several weeks each year working with airline customers to co-ordinate exports of the new wine move on-board freighter flights from Paris as well as consignments from France to other major airports in Europe to connect with other long-haul services.
“Every year, the transportation of the new Beaujolais Nouveau represents a race against time for airlines and their freight forwarding partners to ensure the wine reaches its destination in time for the official Beaujolais Nouveau Day, traditionally the third Thursday in November,” WFS noted.
The Beaujolais region of France produces approximately 28m bottles of the young wine each year, with over 7m bottles shipped just to Japan.
This year, WFS began handling 2017’s Beaujolais Nouveau in the fourth week of October, filling freighter flights from Paris Charles de Gaulle Airport as well as more than 80 trucks bound for flights departing from Amsterdam, Frankfurt, Zurich, Barcelona, Madrid and Milan airports.
Precautionary measures are taken to ensure the security and quality of the wine during the transportation period, which usually lasts over two weeks.
Hugo Rodrigues, managing director of WFS/SFS at Paris CDG, remarked: “After more than 20 years of enabling our airline customers meet the Beaujolais Nouveau Day deadline, we have a finely tuned operation in place that ensures wine lovers are able to enjoy the new wine on Beaujolais Day and in the peak demand weeks that follow.
“This is managed by a dedicated WFS team in a warehouse facility in Paris that co-ordinates every single shipment.
“We take a great sense of pride is supporting our customers as they prepare for this special day for the wine industry and consumers in France as well customers across the globe, and we look forward to even higher demand in 2018.”