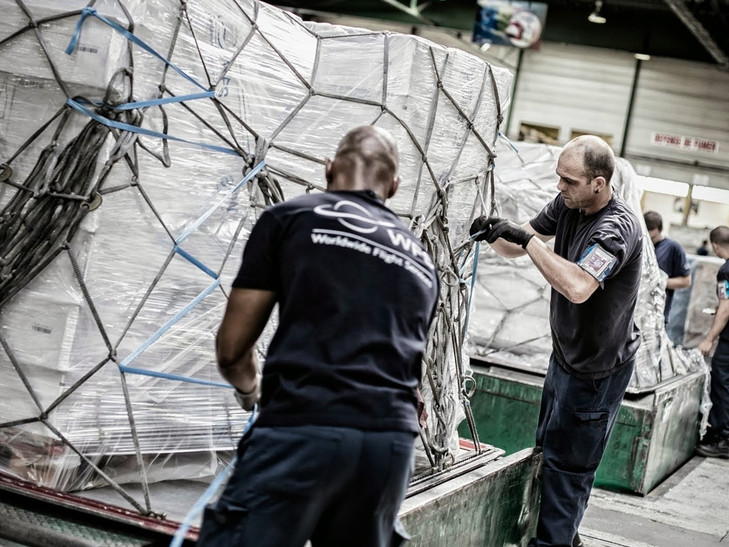 Cargo handler Worldwide Flight Services (WFS) has started operations for three new airline customers at Los Angeles International Airport over the last four days.
WFS said the new contracts with AirBridgeCargo Airlines, Swiss WorldCargo and LOT Polish Airlines will increase its cargo volumes by over 55,000 tonnes a year at the airport.
AirBridgeCargo operates six Boeing 747-8 Freighter services a week connecting Los Angeles with its Moscow hub via Chicago, Atlanta and Amsterdam.
WFS’ three-year contract with Swiss WorldCargo is to handle cargo on its daily Boeing 777-300 services to Zurich, while the new two-year agreement with LOT covers cargo and ramp handling as well as cleaning services for its four Boeing 787 flights a week to Warsaw.
WFS vice president business planning in North America Rinzing Wangyal said: “We handled 280,000 tonnes of cargo for customers in Los Angeles in 2016 so it is a major airport operation for us already, and these new contracts strengthen our position even further.
"Normally, we would not expect to start operations with three major customers within just a four-day period but this is what was required by our clients."