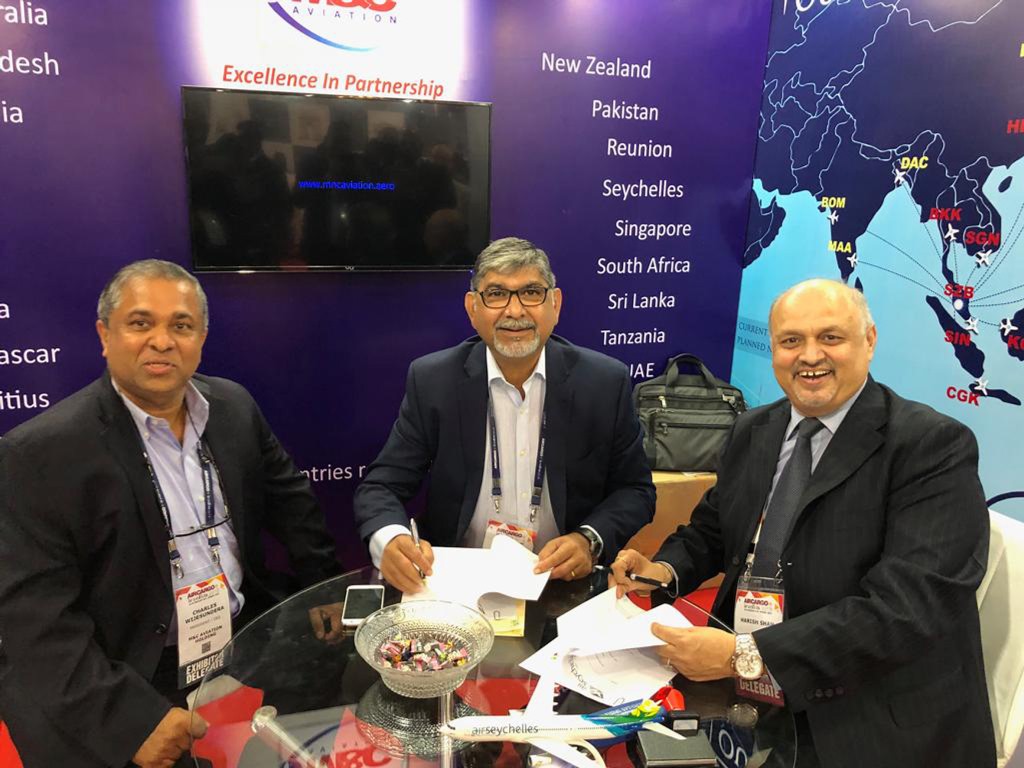 Air Seychelles has appointed M&C Aviation – a founder member of the 1GSA independent GSSA network – as its exclusive sales agent covering the Indian market.
M&C was formerly the airline’s Cargo Sales Agent for India on a non-exclusive basis and it was restricted to certain activities.
However, the deal has now been expanded with M&A becoming the exclusive General Sales Agent (GSA). The company is also GSA for Madagascar and Mauritius.
M&C said the new contract enables it to take a more active role in Air Seychelles’ development throughout  India.
M&C is also in discussions to further expand its GSA coverage for Air Seychelles to include additional south Asian markets.
M&C Aviation chief executive for India Harish Shah said: “We have introduced Air Seychelles’ services for the first time to the other major markets of India, including Bangalore, Madras and Delhi.
"We have also added products to their portfolio, such as small parcels express, as well as increasing their coverage using interline partners in Europe and the USA, and connections to East Africa.”