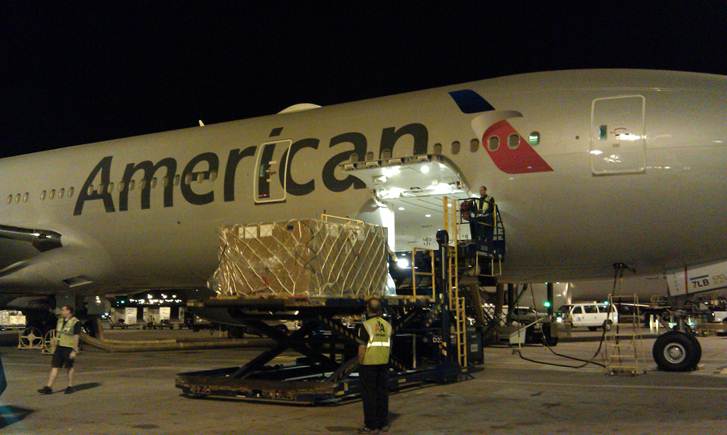 American Airlines Cargo has extended its reach in eastern Europe with the appointment of FlyUs as its general sales agent (GSA) in both Hungary and Poland.
Both countries are currently off-line destinations in the American Airlines network, with cargo being trucked from both Budapest and Warsaw to London, Frankfurt, Munich or Paris for direct entry into the system.
Zsolt Szabó, FlyUs country manager, said that all eight American Airlines gateways in the US, as well as onward destinations in Mexico, Central America and South America have appeal for customers in Hungary.
Said Szabó: “A wide range of commodities – including electronics, pharmaceuticals, automotive and healthcare equipment – are already featuring in the kind of shipments for which we are receiving bookings.
“We have potential business from across the whole of Hungary and are expecting demand for service to the new pharmaceutical facility in Philadelphia too, as there are several pharmaceutical factories here exporting goods all over the US and onwards to the Latin American countries.”
In Poland, customers have started sending shipments destined for the airline’s east coast hubs, with car parts, ships spares, electrical devices and cosmetics featuring in the early bookings.
Country manager Pawel Wlodarczyk said: “We are a young and enthusiastic team and have already identified areas of business where we can win traffic for key locations in Brazil, Argentina and the Caribbean from Warsaw, central Poland and the industrialized south of the country.”
In both countries, a dedicated sales staff has been appointed to handle the American Airlines Cargo business.