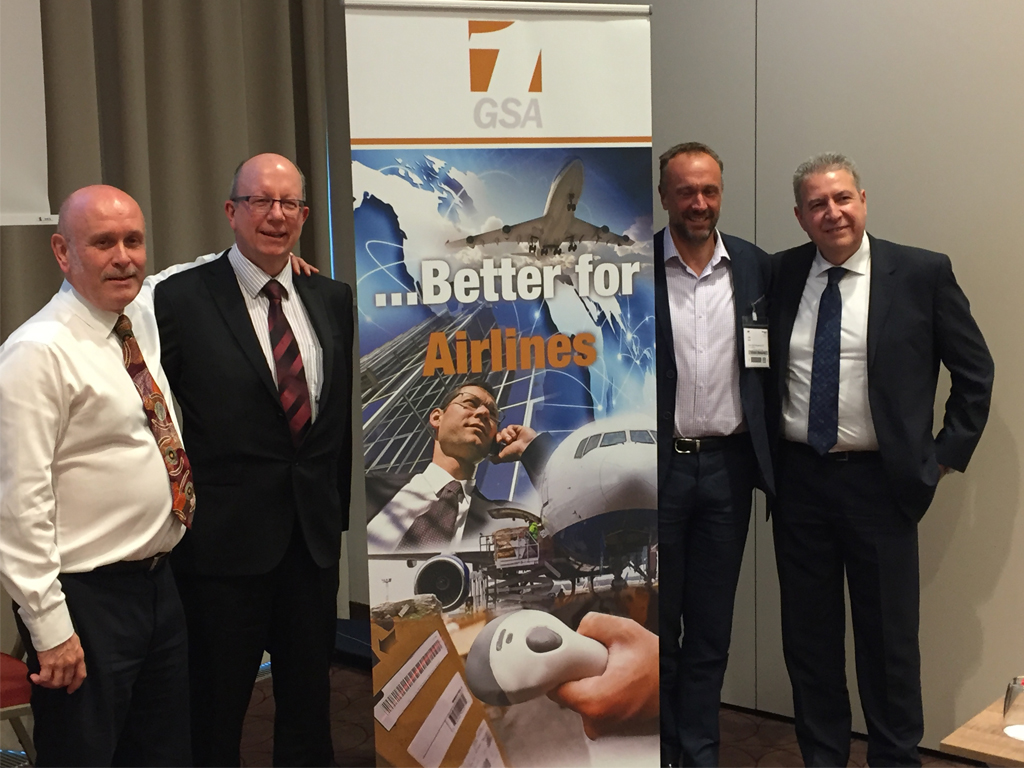 A new grouping of independent general sales and service agents (GSSAs) has launched to tackle what it says is an “under-served” market and to compete “more effectively” with the major players in the sector.
1GSA, led by Select Airline Management founders David Lee and Colin Brett, and Pilot Marketing managing director Derek Jones, aims to “enable independent GSSAs to compete more effectively against the major, centrally-owned GSSA companies”.
Colin Brett (Select), Toni Beato (CRS), Jan Grabmueller (GCAir), Demir Ozerman (Kargo Sistem) and Charles Wijesundera (M&C Aviation) have all been appointed Regional VPs of 1GSA.
The network already covers Bangladesh, the Czech Republic, India, Madagascar, Mauritius, Pakistan, Singapore, Spain, Sri Lanka, Turkey and the UK.
A recruitment drive to further develop 1GSA’s geographic coverage saw a number of potential members meet with 1GSA management on the fringes of the Air Cargo Europe event in Munich.
Said 1GSA president, David Lee: “There are many highly-professional, independent GSA companies around the world. But the modern economics of running a GSA company mean that professional sales and marketing have become unaffordable for many. This provides the major multi-nationals with an undue visual dominance, which we now intend to challenge.
“With 1GSA, we are providing independent GSSAs with the opportunity to be part of a bigger organisation, without sacrificing their treasured independence. From now on, independent GSAs will be able to enjoy the same economies of scale – in sales, marketing and other areas – which drove the formation of the major multinationals.”
Jones, 1GSA managing director, added: “Professional marketing is absolutely fundamental to success in airfreight, and it’s therefore a core element of the support we are providing to all our members. Membership of 1GSA means they will be able to promote themselves more effectively to airlines, and sell their client carriers’ space more successfully in their home markets.”
1GSA said that there are estimated to be over 300 independent cargo GSA companies in existence today.
But, said Lee, they will not all be joining 1GSA: “Firstly, we work on an exclusive territory basis; only in the event of a potential conflict between carriers will we appoint a secondary member in any region.
“Secondly, our membership criteria include proof of financial stability, high standards of service and excellent reputation. We will not compromise the image of 1GSA and its carefully-chosen founder members by admitting new companies that do not meet our exacting requirements. Many will be able to pass our tests, but some will not.”
The new network aims to “take the hard work and uncertainty out of appointing GSAs, by offering pre-validated members, and the option to deal directly with individual members, or control multiple stations through a single 1GSA contract – supported by bank guarantees or CASS membership”.
Concluded Lee: “1GSA is about choice: for GSAs, it’s the choice to become more competitive without losing independence. And for carriers, it’s the choice of highly-motivated local heroes as an alternative to centrally-controlled multi-nationals.”

The ECS Group has launched a new data processing service as part of its “augmented GSA concept”. The new QualityStars…

GSSA Tam Wing Kun Holdings has rebranded and revealed plans to open new offices and invest in digitalisation. The rebranded…