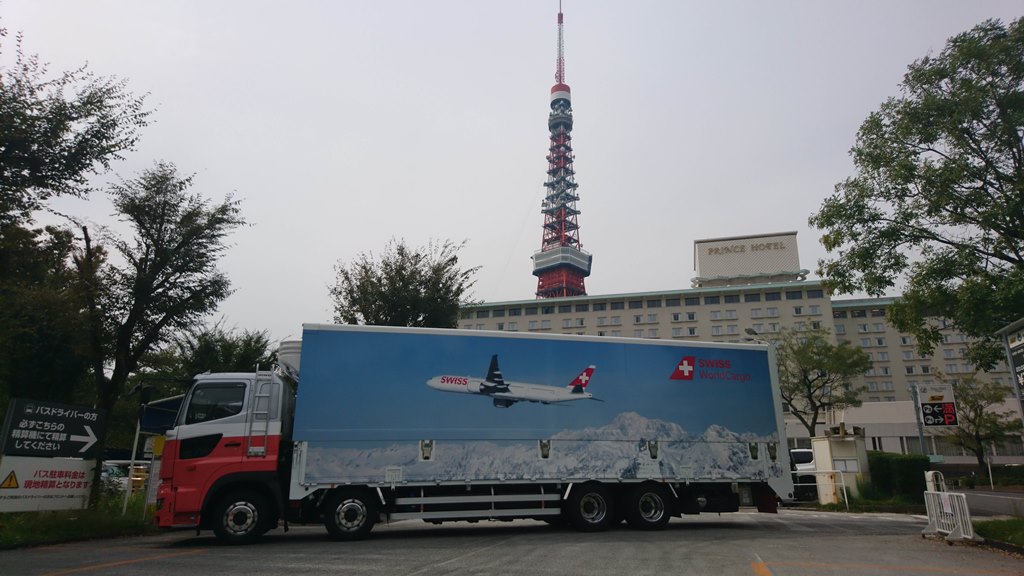 Swiss WorldCargo is promoting its services in Japan through displaying its new Boeing 777-300ER livery on a truck operated by Road Feeder Service (RFS) provider Hirano Logistics.
The freighter’s livery focuses on the aircraft from three angles: a close-up reveals the back of an engine alongside the Swiss WorldCargo livery. Another image shows a Swiss WorldCargo airplane flying above the alps, while the back displays an impressive take-off.
Interestingly enough, Swiss WorldCargo’s daily flight from Zurich to Tokyo Narita airport actually uses an Airbus A340-300.

Connex Aircargo Network will be integrated into Georgi Transporte from January. The Frankfurt-based trucking logistics business, which has been part…

Air France KLM Martinair (AFKLMP) Cargo and Jan de Rijk Logistics have teamed up on the use of biofuel-powered truck….