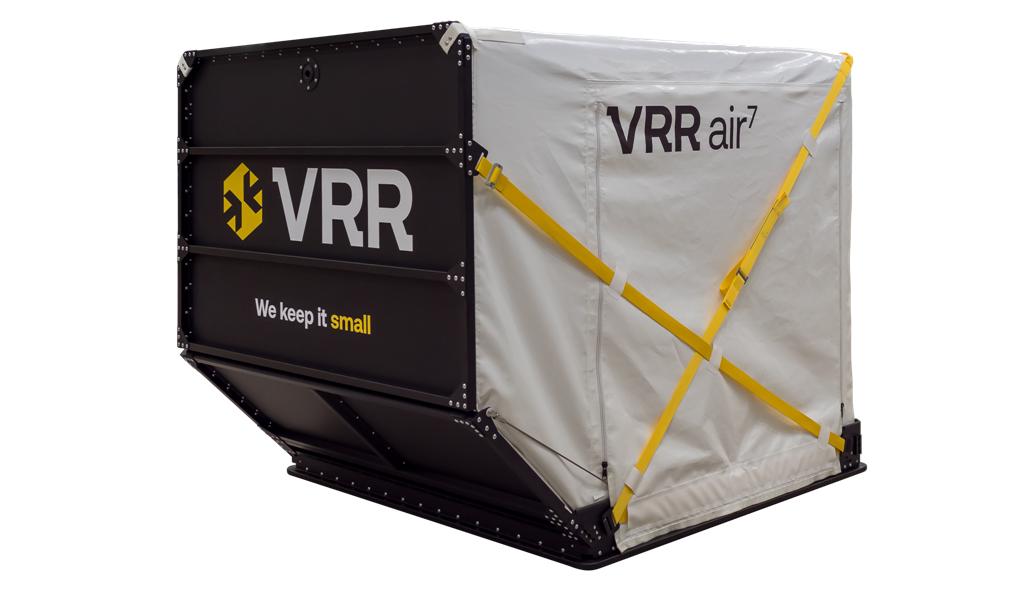 VRR has unveiled an updated design of its inflatable AKE container.

VRR had planned to showcase the Air7, which it believes will be certified by the third quarter of 2020, at the IATA World Cargo Symposium. However the event was recently postponed due to coronavirus-related fears.

A prototype of the inflatable AKE, named the Air5, was revealed at last year’s World Cargo Symposium in Singapore and the container design also won the interDESIGN excellence award at Inter Airport Europe 2019.

Like the prototype, the Air7 can be inflated in seconds and collapsed in less than two minutes by two people.

However, the Air7 also has improvements over the prototype, such as being weatherproof and having a lower folding height.

“A container that can be collapsed quickly and easily and then stacked seven high on a lower deck is a game changer for fleet managers.

“That’s really going to help them cut costs and increase capacity. And we have not even discussed the cost saving when it comes to storage of the containers.”

Going forward, VRR will incorporate new features into the Air7, such as a fire resistance and a thermal cover.

“We’re exploring these options because specialised cargo such as perishables and lithium batteries are mostly transported on imbalanced routes with one-way
direction freight,” van Riemsdijk added.

DHL Express has launched a new service from Hong Kong to the UK in response to increased demand for medical,…