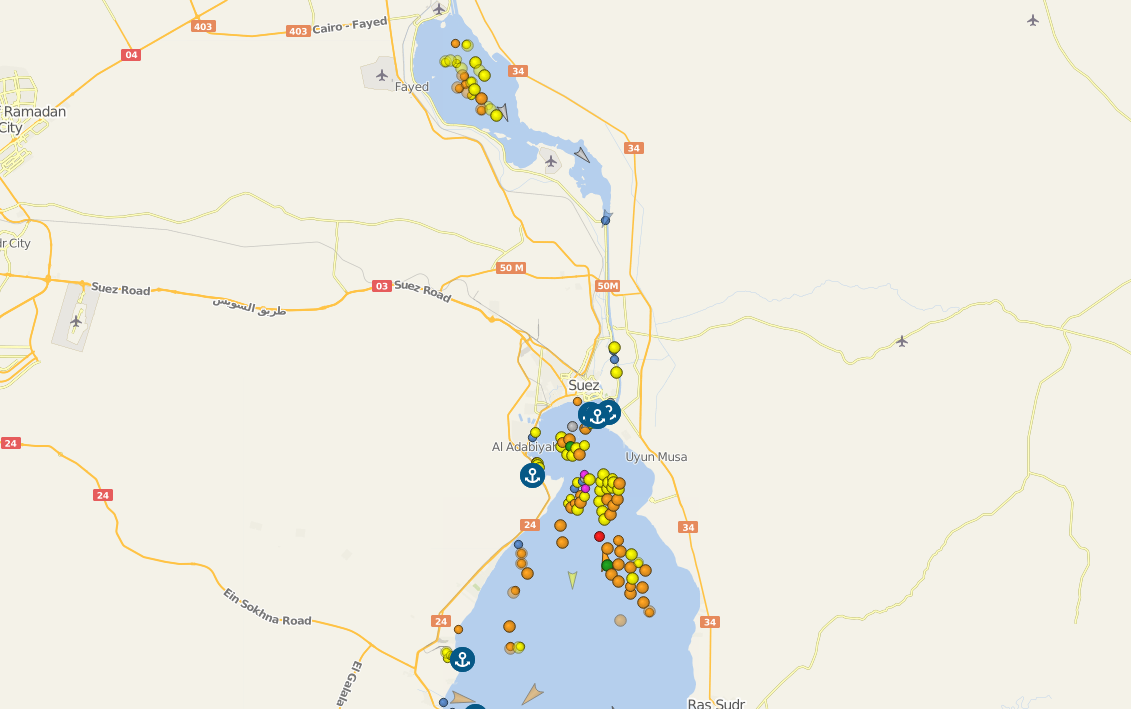 Reports suggest that the Ever Given ultra-large container vessel ran aground at around 07:30 on March 23 when it was hit by a gust of wind and a sandstorm as it travelled through the canal on a journey from Asia to Europe.

Work continues to try and dislodge the trapped 20,000 teu vessel while authorities have reopened an older channel to help clear waiting ships.

At this stage it is not known how long it will take to move the ship and a backlog of vessels has already started to congregate around the canal’s entrances.

In a LinkedIn post, Lars Jensen, chief executive at SeaIntelligence Consulting, said that shipowners would be considering sending vessels around the Cape of Good Hope, although this would extend transit times.

He said that in 2016 a similar size ship ran aground on the river Elbe — it took six days to get the vessel re-floated.

“All shipping companies therefore have to weight their options right now,” he wrote.

“How long do they expect this process to take? If they are optimistic on the time frame, they should proceed as per normal and ‘just’ get delayed a few days.

“But, if they are more pessimistic they should already now be contemplating diverting vessels to take the long route south around Africa on Asia-North Europe and Asia-US east coast services.

“This will take approximately one week more than the Suez routing – and also burn more fuel.

“In the pessimistic case, however, there is another effect. The longer the canal is closed, the larger a queue of vessels will be lined up to transit.

“This can create a backlog meaning that additional waiting times must be anticipated even when the canal does open up again.”

Around 50 ships pass through the canal each day and Jensen said that changes to schedules could have knock-on effects for weeks.

“This will then be followed by [extra sailings] as vessels eventually get back in position – but this can have an impact for example for European importers where this impacts cargo which should arrive in Europe approximately in first half of June.”

Air charter brokers have reported that this has resulted in some shippers and forwarders turning to airfreight to avoid delays to urgent shipments.

Forwarders soon to offer real-time pricing to shippers through WebCargo