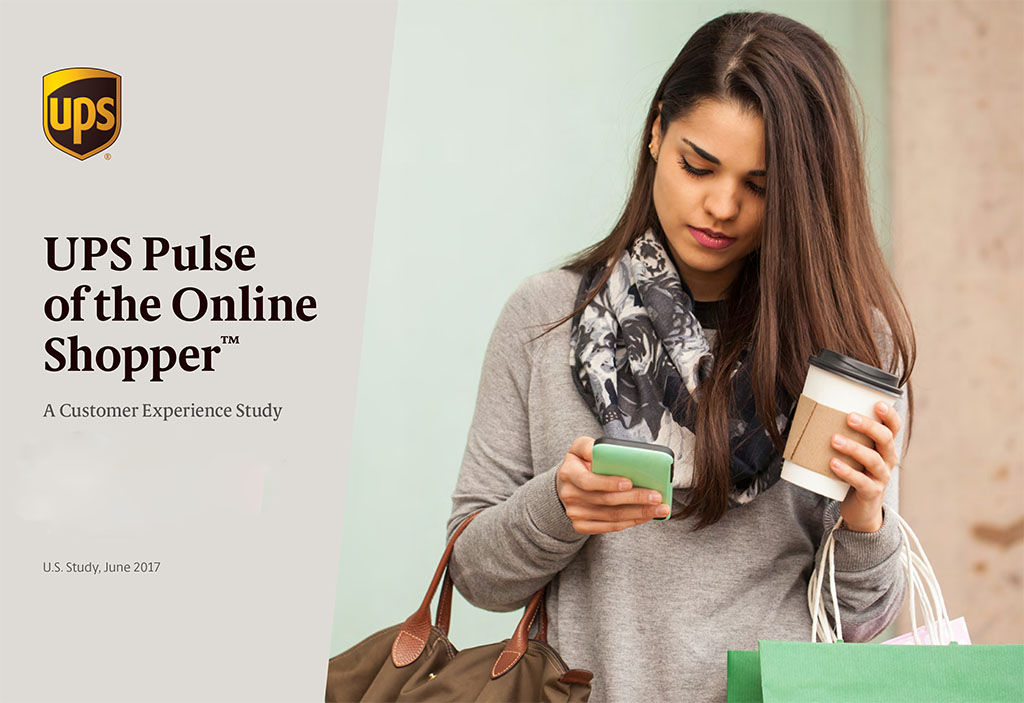 More statistical evidence has emerged of a growing crossborder e-commerce market.
A study of US online shoppers indicates a strong trend towards purchases from international retailers.
The sixth annual UPS Pulse of the Online Shopper study found that nearly half (47%) of “avid US online shoppers” bought items from international retailers compared with a figure of 43% in 2016.
The UPS study evaluates consumer shopping habits from pre-purchase to post-delivery, while an avid online shopper is defined as someone who makes at least two online purchases in a typical three-month period.
The study also found that a 97% of avid US online shoppers made purchases on marketplaces, which is up from 85% in 2016, while more avid online shoppers start their online searches at marketplaces (38%) compared to any other channels.
Mobile usage is growing, with more purchases made on smartphones by 48% of users, up from 44% in 2016. 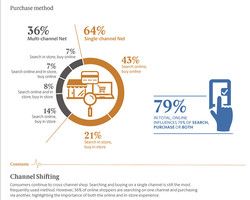 According to the study of more than 5,000 US online shoppers, eight in 10 online shoppers use retailer apps, often preferring them to websites because of faster speed (51%) and a better user experience (35%).
Despite those initial findings, UPS said found that “the store still matters”, with many online shoppers (59%) preferring to touch and feel products prior to purchasing.
Physical stores also score well for solving immediate problems (54%), for providing “superior customer service” (52%) and also for allowing customer to participate in rewards/loyalty programs (52%).
Half of shoppers (50%) have shipped to store for pickup, of whom 44% made additional purchases in store, and 41% plan to use ship to store more often in the next year
Alan Gershenhorn, chief commercial officer for express parcel and logistics giant UPS, said: “The lines that separate domestic and international retailers continue to disappear.
“Retailers are now competing across the globe. In order to win, retailers can distinguish themselves by providing value through personalized experiences.”
Added Gershenhorn: “Online shoppers are able to shop the world’s boutiques and bazaars with ease.
“We’re witnessing a glimpse of the future, when retailers and their customers will be defined less by geographic location and more by how they connect with each other.
“The challenge is to best provide shoppers with the choice, control and convenience they desire.”
According to eMarketer, global cross-border e-commerce is projected to grow at an average of 22% from 2015 to 2020 compared to 15% for US e-commerce during the same time period.
The top considerations that online shoppers make when purchasing from international retailers include clearly stating the total cost of the order including duties and fees (77%), stating all prices in the shopper’s native currency (76%), the retailer being reputable (74%), and reasonable speed of delivery (66%).
Of the 47% of US consumers who purchased from an international retailer on a US online marketplace, the majority of these retailers are based in China (61%), the UK (23%), Canada (15%), and Japan (14%).
UPS recently announced a joint venture with SF Holding, the parent company of China’s express delivery company SF Express. The two companies will develop shipping products designed to help Chinese companies gain greater access to the US market.
China is now the biggest e-commerce market in the world with approximately $900bn in 2016 sales, accounting for nearly half of all digital retail sales worldwide according to eMarketer.