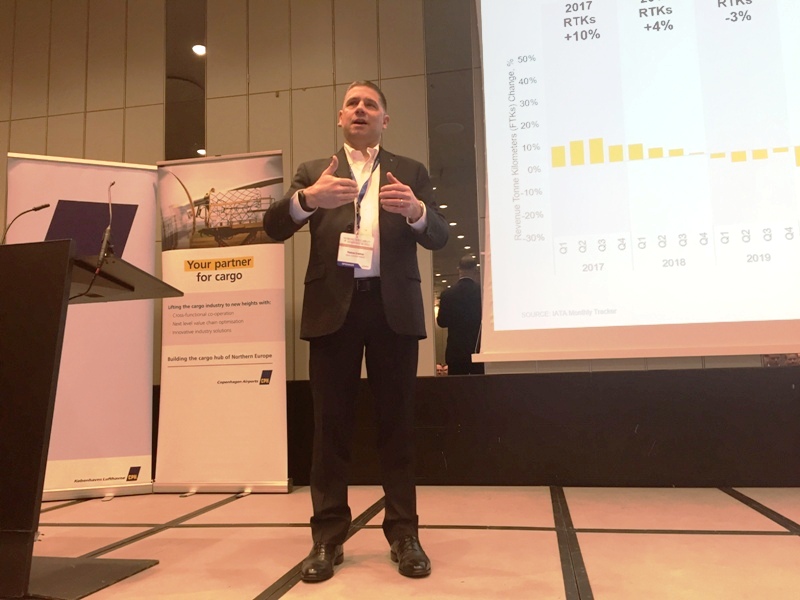 The consolidation of the oceanfreight market is set to benefit the air cargo market in the long term as the price differential between the two modes will remain closer than in the past.

He pointed to statistics from the Drewry Sea & Air Freight Shipper Insight report that showed average box rates last year were 225% higher than in 2020 at $7,379 per 40ft equivalent unit (FEU), following on from a 31.4% year-on-year increase in 2020.

So far this year, prices are up by a further 87% year on year to just over $9,000 per FEU. The containership industry also continues to be plagued by reliability issues.

Crabtree said that as a result, air cargo’s typical cost difference of around 10-20 times more than container shipping had narrowed to an average difference of 5.5 over the past 14 months.

He said that while much of the difference was down to the current issues facing the ocean shipping market, liner consolidation also played a role and this was unlikely to change in the future.

“The containership industry is consolidating,” he said. “The top 10 liner companies that serve the world today, in 1995 they controlled 45% of all containership capacity that was afloat.

“By year end 2021 they controlled 90% – staggering. As a consequence they have pricing leverage that they have never had before.

“The cost difference between air and ocean is the narrowest I have seen it in my 25 plus years in this business.”

Crabtree said that in September last year, Soren Skou, the chief executive of market leader AP Moller Maersk, told the Economist magazine that he expected box shipping rates to normalise at a higher level than pre-covid.

“Containership pricing will remain elevated and sticky for the foreseeable future,” said Crabtree “For those of us that fill aeroplanes this is good news because airfreight is becoming relatively good value.”

When will air cargo’s supply-demand balance return to pre-Covid levels?

Airfreight rates pick up in May despite demand declines