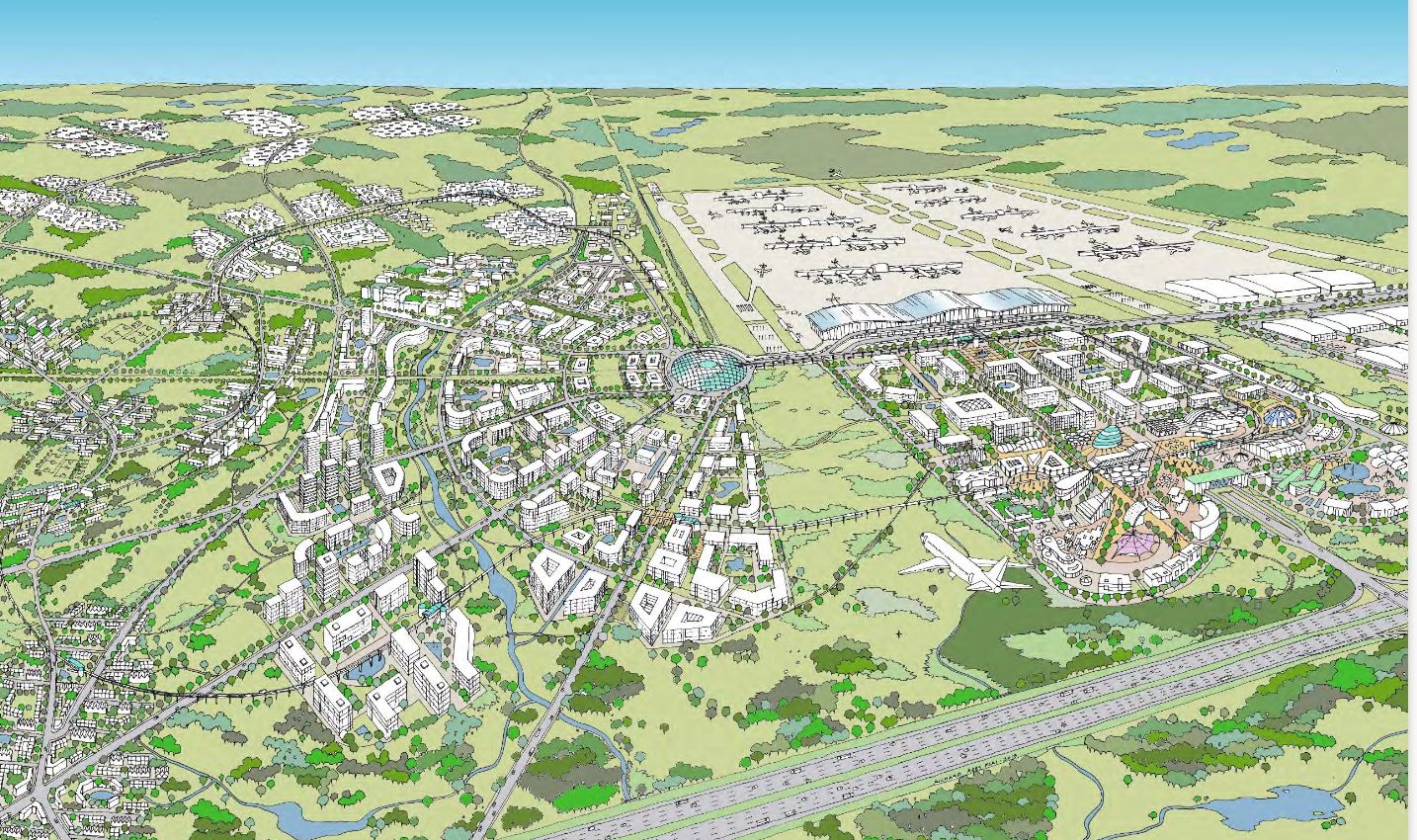 The Solidarity Transport Hub (STH in English, CPK in Polish) is a new transport development programme in Poland that is extremely important for the economic growth of the country and the region and, of utmost importance, the security of Europe as a whole.

The STH will not just be the largest airport in this part of Europe, it is a huge infrastructure project on an incredible scale that will quickly and efficiently integrate air, rail, and road transportation.

Strategic investment based on four pillars

The first and the most recognisable of the four pillars is a multimodal transport hub – an airport located in the centre of Poland, integrated with country’s main rail transfer port and connected with the highway network, the Solidarity Airport.

The second pillar is the extension and modernisation of the country’s rail transport system.

The STH Railway Programme includes the construction of a network consisting of circa 2,000 km of new railway lines.

This will make it possible to travel between the capital city of Warsaw and all of Poland’s largest cities in no more than 2.5 hours.

The third pillar is the construction of circa 400 km of new roads and the full integration of Solidarity Transport Hub with the existing motorway and expressway system.

Last but not least is Aerotropolis – the future development of the areas around the Solidarity Port, areas that will become, thanks to the port and the country’s new public transportation system, the best-connected place in Europe.

The new central airport for Poland is a strategic investment that has been under discussion since the 1970s.

However, it was the current Polish Government that decided in 2017 to take decisive steps in this direction and turned the concept of building a central airport into a strategic investment on a huge scale, which is expected to change the face of public transport in the country and effectively connect Poland and the CEE region with the rest of Europe.

As part of the STH project, new railway lines with a total length of nearly 2,000 km will be built, mainly high-speed lines, which Poland lacks, and the function of Warsaw Chopin Airport, which remains the main airport for the capital and the country, will be taken over by the new Solidarity Airport.

“The added value of this ambitious project lies in bringing together individual infrastructure projects related to air, road and rail transport into one unified infrastructure programme in order to provide the biggest benefit for the transport system and for the economic development of the region,” said Mikołaj Wild, chief executive of the Solidarity Transport Hub.

The new transport hub in the heart of Poland, making it the centre of Central and Eastern Europe (CEE), is a gateway to the rest of Europe and to the world for the whole region.

The residents of Poland, and among others Czechia, Slovakia and the Baltic countries, currently rely mainly on transfer hubs in Western Europe, e.g. in Frankfurt, Munich, Paris or Amsterdam.

The construction of the Solidarity Airport will allow long-haul flights to be established directly from CEE Region.

The new transfer hub is also an opportunity for the economic growth of Poland and its neighbouring countries.

Poland, due to its central and strategic geographical location at the intersection of east-west and north-south transport routes, is a natural choice.

What is more, such a location will result in increasing the attractiveness of the entire region.

How can organisations best cope with the persistent pressure currently being placed on their supply chains? If you didn’t know…

Leaving the worst-case scenarios (fines, penalties, legal problems) aside, not being compliant is no fun. It prevents your air cargo…