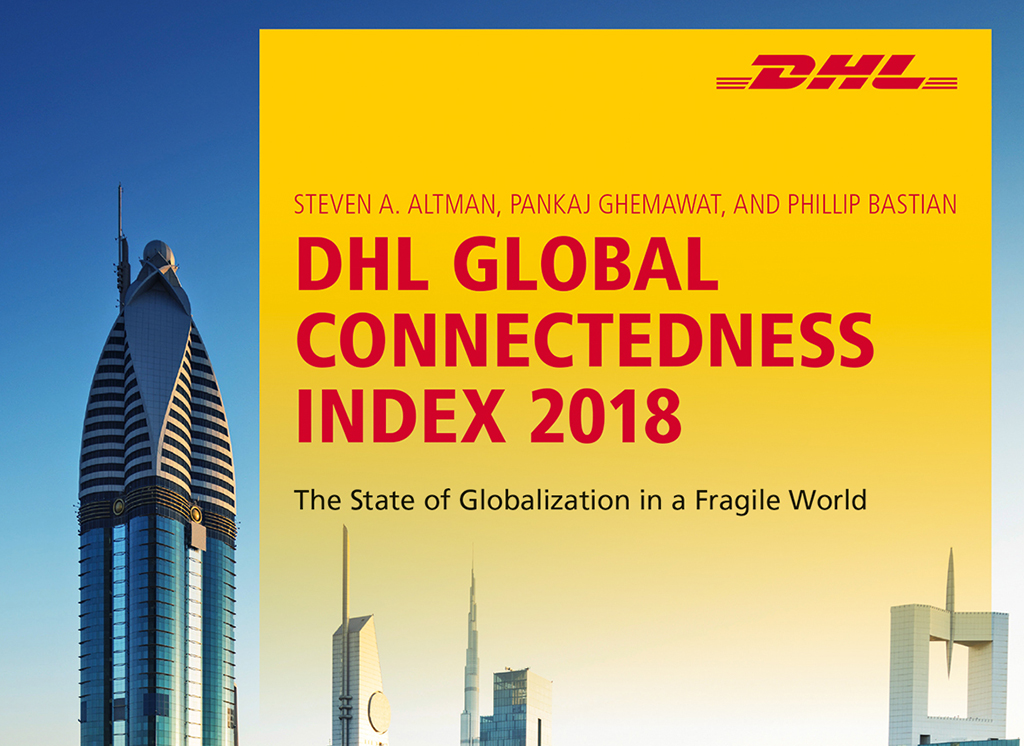 The world continues to grow increasingly connected despite rising anti-globalisation sentiment.
The fifth edition of the DHL Global Connectedness Index (2018) shows that flows of trade, capital, information and people across national borders all increased significantly for the first time since 2007.
The report, which was completed by the New York University (NYU) Stern School of Business and the IESE Business School, found that the Netherlands was once again the world’s most globally connected country, while second placed Singapore heads the chart in terms of its international flows compared with domestic activity and tenth placed UK has the most global distribution of flows around the world.
Rounding out the top five are: Switzerland in third place, Belgium fourth and UAE fifth.
"Surprisingly, even after globalisation’s recent gains, the world is still less connected than people think it is," said index co-author Steven Altman, senior research scholar at the NYU Stern School of Business. "This is important because when people overestimate international flows, they tend to worry more about them."
In terms of regions, Europe led the way as it is home to eight of the top ten.
Cambodia, Malaysia, Mozambique, Singapore and Vietnam all exceeded expectations in terms of international flows, DHL said.
The report also found that emerging economies are less connected than mature economies and that countries that integrate more deeply into international flows tend to enjoy faster economic growth.
However, the report warned the policy environment for globalisation darkened in 2018 as trade conflicts escalated and countries raised barriers to foreign takeovers, immigration and other flows.
In contrast, supporters of open markets announced a "wave of landmark trade agreements," DHL said.
DHL Express chief executive John Pearson said: "Even as the world continues to globalise, there is still tremendous untapped potential around the world. The Index shows that currently, most of the movements and exchanges we are seeing are domestic rather international, yet we know that globalisation is a decisive factor in growth and prosperity.
"Increasing international co-operation continues to contribute to stability so countries and companies that embrace globalisation benefit tremendously."
The report found that about 20% of economic output is exported, 7% of phone call minutes (including internet calls) are international and 3% of people live outside the countries where they were born.