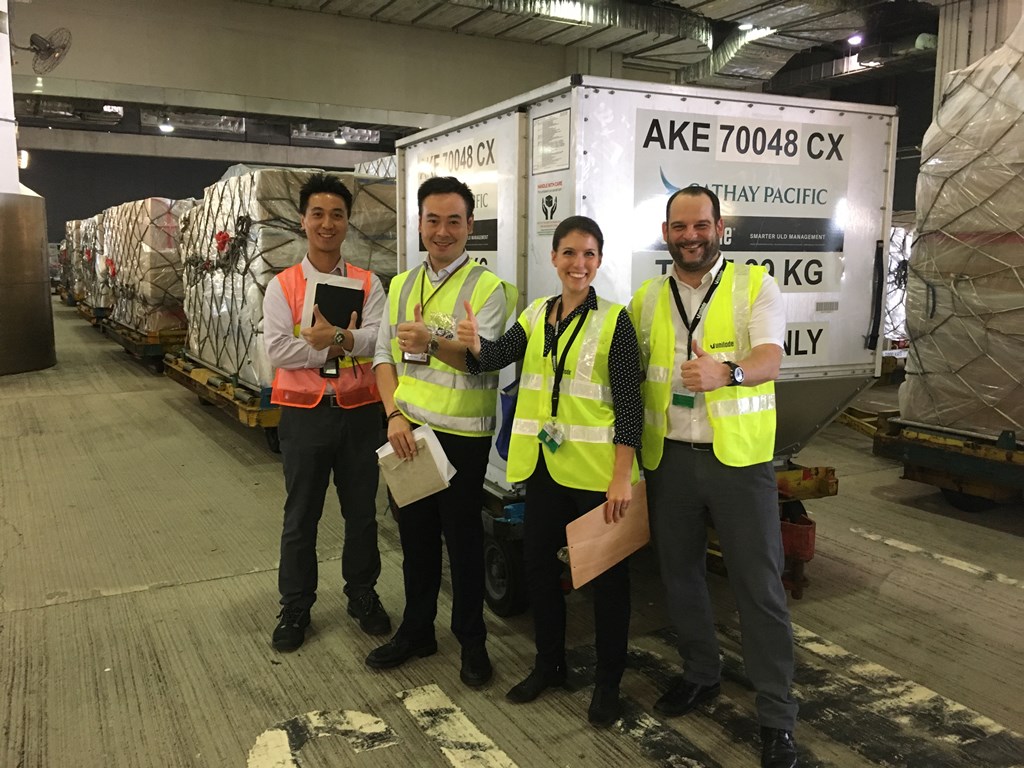 Cathay Pacific Cargo and its partners have continued to roll out trials of new Bluetooth track and trace technology for ULDs.
The airline said that following a “proof of technology” trial at its home hub, it is now tracking ULDs using low-energy Bluetooth beacons and readers as they make their way from Hong Kong and through its Melbourne centre. Trial shipments are at both ULD and selected piece level.
Calvin Hui, eCargo and Digital Enablement Manager at Cathay Pacific Cargo, said: “Our cargo terminal is a different environment to many of the warehouses to where we deliver cargo at outports.
“While the terminal is a complex, multi-storey facility, most outport warehouses will be single-storey and densely packed with cargo. We needed to make sure the technology works in this sort of environment too.”
The airline fitted the warehouse in Melbourne with Bluetooth readers and tracked a shipment from the aircraft, across the ramp into the warehouse up to its collection.
“The trial was a success in tracking location, the technology is multi-dimensional and will be able to record and transmit other information about the shipment including temperature,” the carrier said.
ULD firm Unilode added: “The trial included the world’s first deployment of Bluetooth Low Energy version 5 technology with superior performance and range over any other Bluetooth deployment previously conducted.
“[It] also featured another world-first with data capture being conducted with a mix of fixed readers and mobile devices (smartphones and tablets), which all parties believe marks the true game-changer for delivering reliable and robust tracking services to our industry.”
As well as Unilode and Cathay Pacific, the project team includes OnAsset and Nexiot.