Drones could be more than cargo carriers 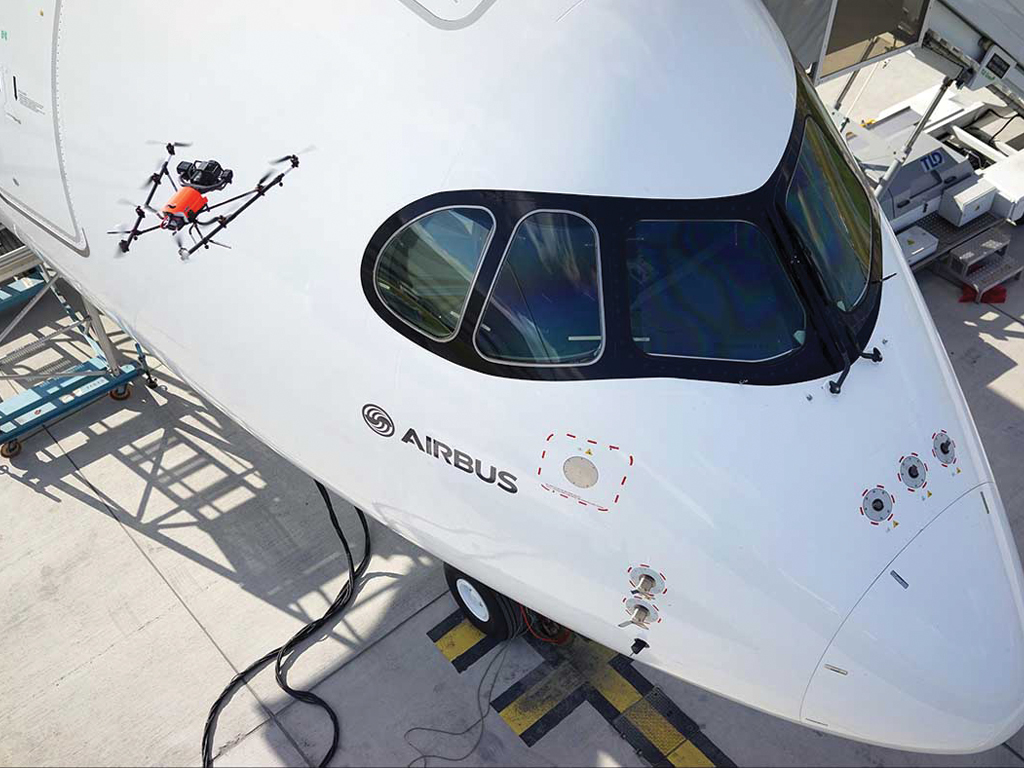 Much of the interest in drones has centred on their potential as cargo carriers but they could also help keep larger aircraft flying.
At the Farnborough Airshow, European plane maker Airbus demonstrated how the lightweight craft, fitted with a high definition camera, could carry out a visual inspection of one of its A330s.
The drone can reach parts of the plane such as the upper fuselage that previously required a human inspector perched, in all weathers, on a cumbersome telescopic platform.
Airbus claims that the drone can carry out an inspection in only 10-15 minutes, compared with two hours for conventional methods.
New research also shows that the public would welcome the use of drones for some commercial purposes, according to a survey carried out on behalf of the Royal Aeronautical Society.
The research, conducted by the ComRes on behalf of the society, found that 46% of respondents  agreed that drones could make a significant contribution to the UK economy and society. Some 91% supported drone use for emergency response, 86% for environmental conservation , 85% for police surveillance and 81% for infrastructure management.
Drones will also play a role in delivering humanitarian aid to disaster areas. Independent drone delivery service Flirtey has teamed up with Johns Hopkins University School of Medicine in the US to demonstrate the use of unmanned aircraft in delivering humanitarian aid to a disaster area.
UPS has formed a partnership with medical alliance Gavi and robotics firm Zipline to explore the use of unmanned aircraft to deliver vaccines to remote locations in Rwanda.
The UPS Foundation has awarded an $800,000 grant to support the launch of the Gavi and Zipline initiative, with the belief that the model could be applicable in other areas of the world.