CARGO 2000 (C2K) members have agreed new quality standards for the air cargo industry.
More than 60 technical and operational managers took part in a meeting of C2K’s Technical Working Group this week as part of a drive to implement new quality standards for the air cargo industry.
C2K is an IATA interest group that includes forwarders, airlines, handlers, truckers and IT providers among its membership.
The  Technical Working Group met in Vienna to finalise C2K’s revised Airport-to-Airport (A2A) specification and kick-start a revision of its Door-to-Door (D2D) process definitions.
C2K’s audit and certification programme is also being “refreshed” by the working group, ready for a re-launch next year.
Ariaen Zimmerman, executive director C2K, said: “The C2K Technical Working Group has taken some important steps this week to improve processes and we are in a strong position to embark on a more detailed revision and update of our current Audit and Certification Programme to ensure it is robust.”
At the Vienna meeting, C2K members addressed the final post-implementation issues of the new A2A specification.
The document defines the standard processes and measures at air waybill (AWB) level for all movements, from airport at origin to airport at destination adopted by airlines, forwarders and ground handlers.
In a statement, C2K said it can now move forward with a revision of its D2D specification, which defines standard processes and measures at house AWB level for all D2D movements adopted by forwarders and trucking companies in the group.
A new D2D Task Force, including forwarders, IT companies and airlines will begin revising the specification immediately and will hold its first official meeting in November 2015 in Frankfurt, Germany.
"This week’s meeting marks an important milestone for C2K as we continue to develop and enhance our processes for the benefit of the air cargo community," said Stephen Smith, vice president senior project manager, DHL Global Forwarding.
"The launch of the door-to-door specification revision is integral for DHL Global Forwarding, as it will be the standard to measure the door-to-door performance and improve the air cargo customer experience."
The C2K Technical Working Group is also identifying ways to add information to the data it captures in order to measure and report new Key Performance Indicators (KPIs) for the industry and is developing an implementation plan for this Smart Data project ready for a roll out in 2016.
“The Smart Data approach will provide the added value of built-in analysis, added guidance as to where shipment processing time lapses occur and, as such, enhance visibility to identifiable opportunities for improvement,” said France Pellerin, manager cargo quality compliance at Air Canada.
Most of the projects and activities are planned for implementation in 2016, with the D2D specification due for formal adoption in 2017. 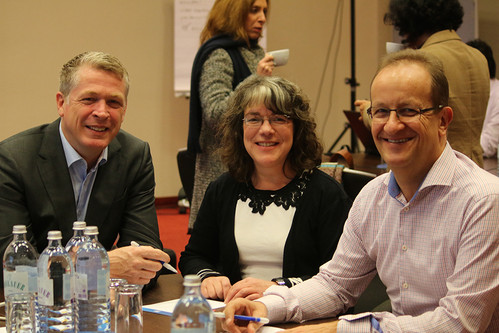