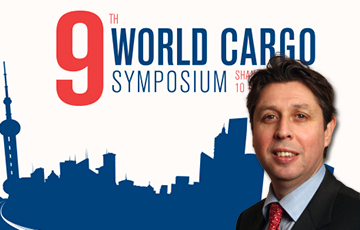 If the air cargo community was under any illusion that its efforts to speed up door-to-door delivery and eliminate paper documents are winning over shippers, it may have to think again, writes Martin Roebuck.
Two major shippers tore into the industry for its poor service quality and communication in a no-holds-barred session at the World Cargo Symposium (WCS) in Shanghai.
Of more than 330 shippers who responded to a recent global IATA’s survey, 94 per cent ship some product by air, explained Tom Windmuller, the association’s senior VP airports, passenger, cargo and security. Scoring the industry from zero to 10, they gave the industry an average performance rating of 7.08.
Asked to give his own satisfaction rating, Robert Mellin, head of distribution logistics at Ericsson, awarded the industry a five. Alex Xu, associate supply chain director at Lilly Suzhou Pharmaceutical, said that five years ago he would have rated airfreight at seven or eight, but now it would be between six and seven.
It is not so much that standards are deteriorating, but the industry is perceived as struggling to keep up with customers’ evolving demands.
Windmuller said seven per cent of survey respondents were unhappy with their air freight service provision on some level. “That’s $4bn at risk [in terms of potential lost revenue],” he said. “But it’s more. We all know what unhappy customers do – they talk.”
Ericsson has reduced its use of airfreight “quite drastically,” but still flies up to 80,000 tonnes of freight per year to more than 160 destinations, Mellin said.
“We don’t it for fun, but because it’s essential.
“Speed and agility, the ability to act the right way when things happen, is vital for us. We are very keen to have better service but we haven’t seen so much happening in the last 10 years.”
While the slow migration to e-air waybills (e-AWBs) was welcome, Mellin said that “at the same time we’ve seen surface transportation moving rapidly forward. Everybody knows the problem – crucial information doesn’t go through, documents are missing – it’s so old fashioned, somehow. We’re totally disconnected. The technology is there, but information sharing is not. We’re protectionist.”
Xu said that air is Lilly’s major international transport mode, and as the company develops new bio-medicines, more products will be temperature sensitive.
“New regulations are controlling the external business environment, pushing us to try and find the most effective ways to manage quality control and logistics. But talking with air freight forwarders, they say ‘I don’t understand, we don’t have this information’ when there is a temperature excursion between Europe and China.”
Lilly discovers whether there has been a problem on the truck, in the aircraft or while awaiting loading only when it interrogates the shipment afterwards, Xu said. “We have other modes we can choose, such as shipping, which can provide a more stable temperature.”
Fellow panellist Chris Welsh, secretary general of the Global Shippers Forum, said that recent conversations with retailers and automotive, pharmaceutical and electronics shippers mostly only use airfreight when they really have to.
“It’s a distress purchase and if can ship by another mode, they will do it for reasons of cost or sustainability. The airfreight supply chain needs to be so much slicker than it is,” Welsh said.
Airfreight forwarders see pharmaceuticals as a major opportunity, but shippers have told Welsh that the industry is trying to sell a product without understanding the pharma industry’s requirements.
“Road and even rail offer total integrity in terms of temperature control. There are gaps in the air cargo supply chain when it goes from the warehouse on to the ramp. That’s where you get the product failures,” Welsh claimed. But an industry that is highly dependent on airfreight – “or was” – is discovering that suppliers “can’t get their act together”.
Asked if shippers were prepared to pay for better supply chain data, Mellin said a cloud-based IT solution in the next 12 to 18 months was necessary if air freight was to maintain its transportation share. Greater efficiency would “drive cost down, not up,” he said. “But we are part of the problem too. We need to collaborate, we’re not optimising.”
Third-party logistics providers were not happy to let shippers have three-way dialogue, so Ericsson had very little contact with airlines, Mellin said. Astonishingly, he admitted: “The first time I walked through an airport and saw the whole process was last Friday. The 3PLs hate that, because they worry what else I will see.”