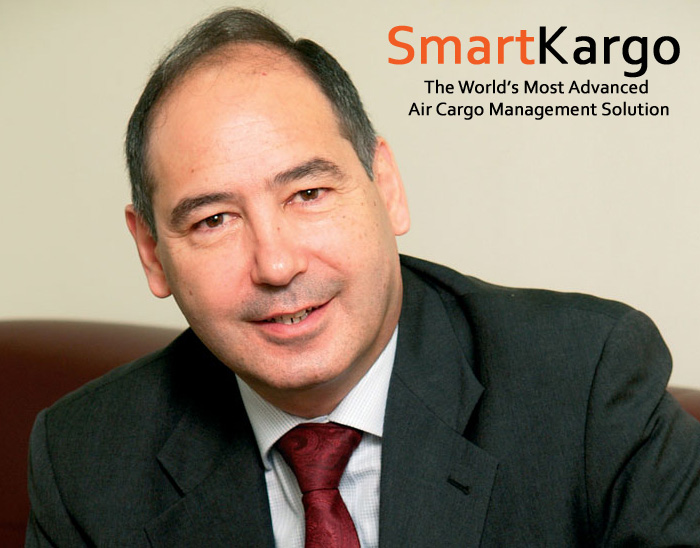 A cloud-based IT solution developed by Massachusetts-based SmartKargo has the potential to reshape the way airlines and their supply chain partners manage the flow of freight, writes Martin Roebuck.
No less an authority than Des Vertannes, IATA’s recently retired head of cargo, says so. A passionate believer in technology’s ability to transform the air cargo industry, Vertannes is giving SmartKargo’s directors consultancy support.
They were doing pretty well even without him. Two early adopters, Gary Ogden, VP of Toronto handling agent GTA World Cargo, and Sahil Mehta, a general sales agent for three carriers in India who is about to set up his own freighter operation, told a breakfast meeting at the World Cargo Symposium (WCS) in Shanghai that the new operating platform had indeed been transformative.
“It’s a nimble and agile solution that’s allowing us to integrate carriers and forwarder information into our system with no friction. They say our reporting is better than theirs,” Ogden said.
During a slick demonstration, SmartKargo chief executive Milind Tavshikar explained that the idea was that all partners should be able to view the same information via a simple user interface.
“One screen addresses every situation, from booking to acceptance in the warehouse. You don’t have to jump around, whether it’s a split shipment or a multi-leg journey or you’re interlining.”
The key was integrating the accounting system, he added. “Where SmartKargo becomes smart is in the analytics. You can tweak the parameters to analyse your business in real time, revenue day by day, bookings by route, international versus domestic or whatever, in real time.
“This kind of analytical power is unheard of. It usually takes analysts one to two weeks after the fact,” he claimed.
A Massachusetts Institute of Technology (MIT) graduate like many of his colleagues, Tavshikar said his starting point was to question why the integrators were so successful. “Carriers have the same physical structure, assets and people for the most part, but were missing the technical infrastructure of FedEx and UPS,” he said.
“The components are very similar, even for companies who don’t want to be them. Their goals are the same – to improve revenue and customer service, operate with greater efficiency and more flexibility, and see information instantly. There’s no reason why anyone with a smartphone can’t see what’s happening 5,000 miles away.”
Norwegian has adopted SmartKargo, and the technology has enabled Cebu Pacific to move to 100 per cent e-air waybills as well as significantly improving its flown as booked performance.
“What’s been missing is that, unlike the passenger business with its three main operating platforms, cargo has had a multitude,” Vertannes said. “SmartKargo is not tainted by previous models. It has tremendous legs, and can do more than most companies will initially ask of it.”
Discussions are now underway with a major long-haul carrier. No names were mentioned, but we noticed United’s head of cargo operations intently following the discussion and demo.
Did you find this article of interest, if so why not register for a FREE digital subscription to Air Cargo News? – Find out more