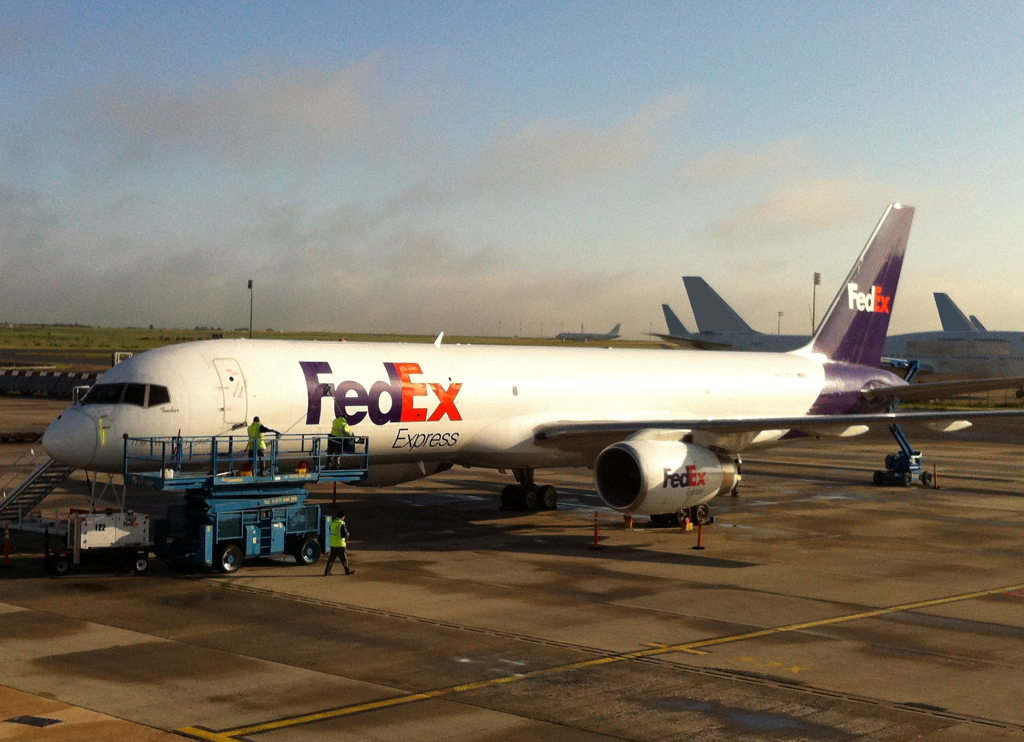 FedEx has adopted a new fuselage cleaning procedure for 13 aircraft serving Europe from its Roissy-Charles De Gaulle hub that it claimed will help reduce its fuel bill.
FedEx has begun cleaning the 13 aircraft using brooms equipped with microfiber rags to apply an anti-static biodegradable, non-toxic and non-flammable cleaning product.
The same procedure is used to wipe off the cleaning solution, using 100 times less water than with conventional aircraft fuselage cleaning methods.
FedEx said the new procedure, developed by the UUDS Group, leaves the surface of the aircraft smoother and therefore reduces its fuel costs.
“Following the cleaning, the surface of the fuselage is smoother, making the aircraft more aerodynamic, which in turn reduces fuel consumption,” said Alain Chaillé, vice president, operations, southern Europe for FedEx.
The express operator said cleaning is even more crucial during the winter because the glycol used during the de-icing process attracts more dirt to the fuselage.
“Because no water is being sprayed onto the tarmac, crews can clean the planes where they park, which eliminates the need to move them to a separate area and allows us to perform cleaning and maintenance at the same time,” Chaillé added.
Consequently, the planes are out of service for a shorter period of time.