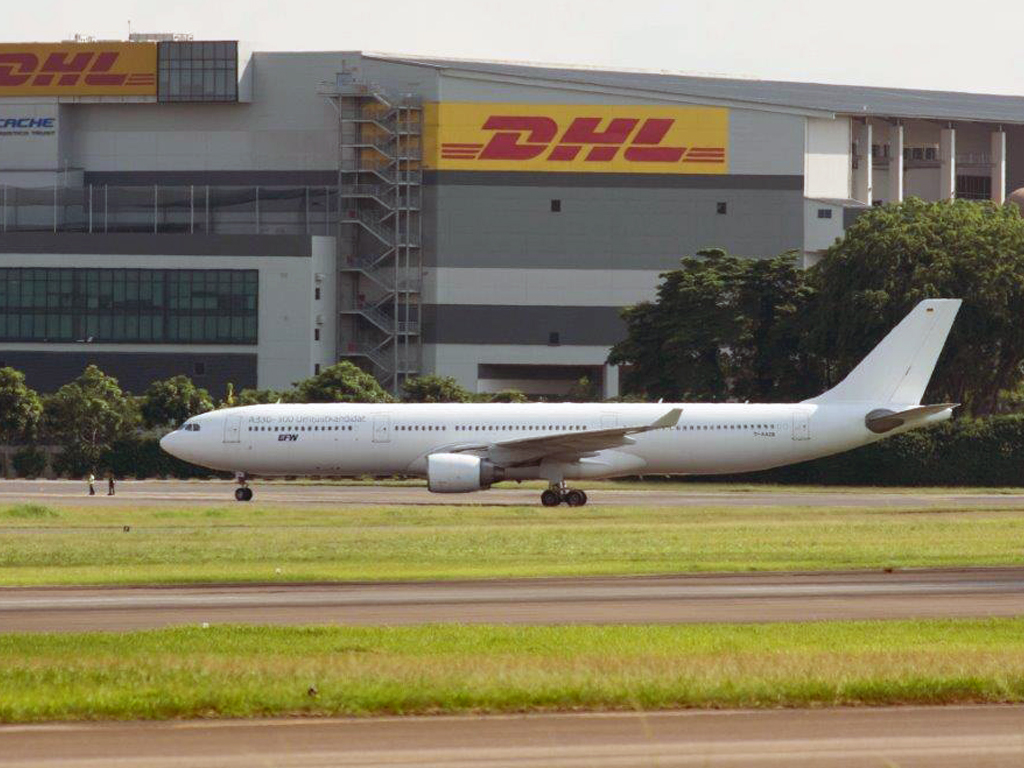 The converted first A330-300P2F Airbus freighter has made its first test flights at Dresden Airport in Germany and has gained supplemental type certification (STC).
While the first flight had to be curtailed by storm Xavier after a few minutes, the second lasted for over six hours and was followed by several other flight tests in order to achieve certification.
The joint programme between Airbus, EFW and ST Aerospace includes the A330-200P2F and the larger A330-300P2F versions – the latter aimed integrators and express carriers due to its high volumetric payload capability with lower-density cargo. DHL Express is the launch customer for the A330-300P2F program and has signed up for several conversions.
The A330-200P2F is optimised for higher-density freight and longer range.