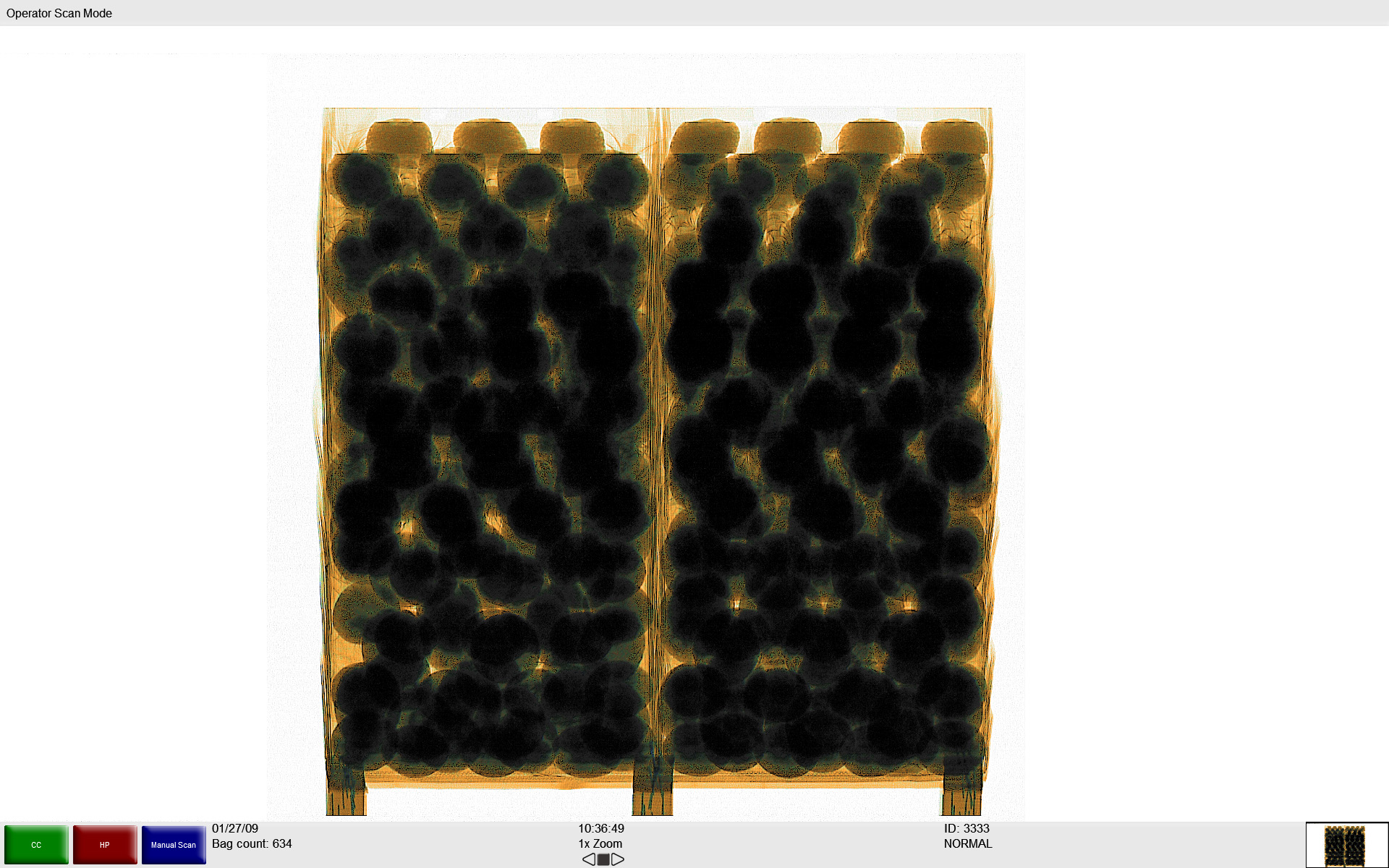 Software that can check an x-ray scan for the presence of lithium batteries in air cargo containers is now ready for beta-testing by the freight industry.
US-based Rapiscan Systems, a global security inspection specialist, wants to move on to the next stage after completing a contract from the UK Civil Aviation Authority to determine the feasibility of automatically detecting lithium batteries in air cargo.
Undeclared lithium batteries in airfreight can pose a fire risk if damaged or badly packaged, due to their high energy levels.
The International Air Transport Association has identified the need to regulate the transport of lithium batteries. From January 2015, lithium-metal batteries transported as cargo will be restricted to freighter aircraft only.
Andrew Goldsmith, vice-president, global marketing at Rapiscan Systems, says that the algorithm developed by company scientists in California is now ready for beta-testing.
“We are looking to partner with passenger airlines or any air cargo carrier, but also with large logistics freight forwarders because their competitiveness relies on being able to say to an airline: we checked the cargo and it does not have any undeclared lithium batteries in it.”
Rapiscan will provide service technicians to check the x-ray equipment of participating partners, to establish the process for installing the necessary software.
Goldsmith adds: “We are in the process of commercialising this product and so it would be premature to provide costs at this stage. We are looking for people who want to do field implementations of this software, and work as beta customers for us.”
Asked about potential rebates for taking part in the programme, Goldsmith says: “We would have a conversation with them about that.”
Rapiscan engineers and scientists have run lithium batteries and other materials through x-ray machines to create a database of known values where it is highly probable that Lithium is present.
When an x-ray photon strikes Lithium, it undergoes a change of direction and velocity within a range of known values. It is that range which can be identified by an algorithm.
Once identified, the software triggers an alert which draws an ellipse around the suspect material on the x-ray monitor.
Using different values, it is possible to identify such things as the visual patterns produced by contraband cigarette cartons hidden within an air cargo consignment.
Adds Goldsmith: “We have customers who are very concerned about smuggled cigarettes, so we developed an algorithm. Generically, it is the kind of thing we do all the time.
He continues: “The principle is simple but the actual execution is time-consuming and difficult because you have to allow for all the variations: batteries with different grades of lithium, for example.
“One of the reasons why lithium batteries are such a problem is that you get inferior quality ones that are more prone to catch on fire. So you have to test a whole range and not just the purest form of lithium.”
Companies interested in taking part in the beta-testing should contact Goldsmith via the Rapiscan website.
Did you find this article of interest, if so why not register for a FREE digital subscription to Air Cargo News? – Find out more
Interested in Freighters, if so why not register to attend the Freighter & Belly Cargo World Conference ? – Find out more