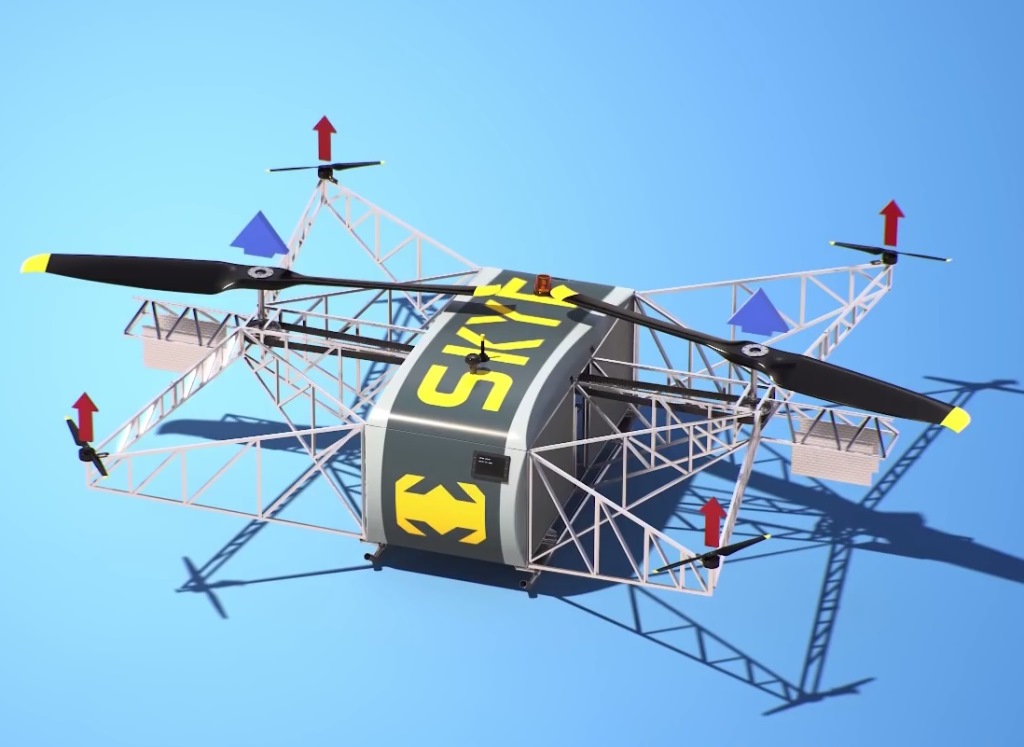 Russian technology firm ARDN says it is developing a new design of crone capable of carrying a payload of up to 250kg – or 50kg over a distance of up to 350km.
It says that its SKYF unmanned vertical take-off and landing aerial carrier platform has been developed after close consultation with potential users, which could include logistics operators, postal authorities, the oil and gas industry, aid deliveries and crop dusting.
ARDN says that it has achieved a breakthrough in drone design by separating the lifting and  steering functions, allowing it to use its gasoline powered rotors directly rather than resort to expensive electric circuitry as used in hybrid designs. The flight control system is also differs considerably from those used in existing quadcopters and other multirotor craft, says ARDN.
With its 5.2 x 2.2 metre size, two of the machines can travel in a single standard 20ft intermodal container, and the craft can be ready to fly within ten minutes of unloading.
The SKYF has been under development since 2014, with the first full-size prototype flights taking place in Spring 2016.
Read more airfreight disruptors news