TLX Cargo has a cool phase-changer cover for hot tarmacs 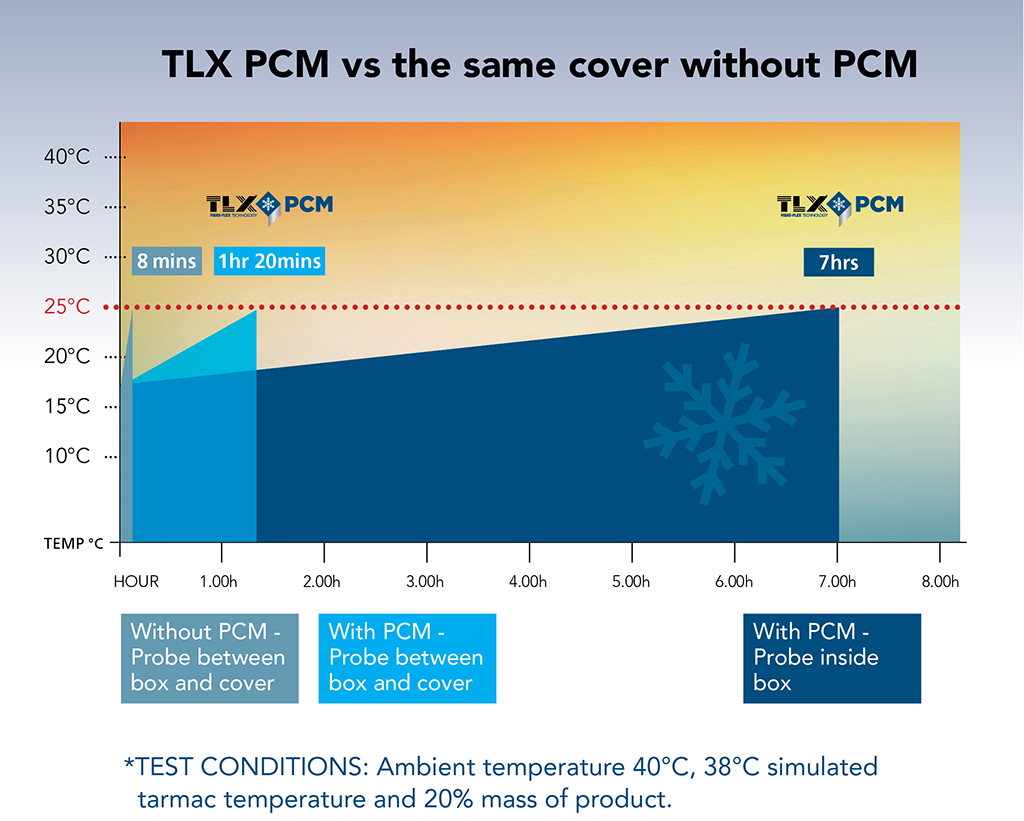 A team of British scientists at TLX Cargo have found a solution to the problem of hot lane temperature excursions on airport tarmacs.
They have invented what is claimed to be the world’s first cargo cover/thermal blanket that incorporates Phase Change Material (PCM) in its structure.
TLX Cargo sales director Thomas Hunt said: “TLX PCM is designed to remove the problem of the temperature spike seen on most pallet data loggers in air cargo when the pallet is off-loaded on to the tarmac at hot locations.
“It’s a game-changer in the temperature-controlled Logistics sector, solving problems such as excursions on 15-25° Celsius routes, power outages on 2-8° Celsius routes, upgrading and reducing the size of parcel shippers along with controlling temperatures of ULD’s for perishables.”
TLX PCM cargo covers combine an outer surface that Reflects 97% of thermal radiation over the measured spectral range with TLX PCM Fibre-Flex technology within the structure of the cover.
The cover remains flexible even when frozen and can be moulded around corners, while being “thin, light and easy to handle”.
Added TLX Cargo: “In its liquid state the PCM fibre will hold the PCM in any orientation, which means TLX Fibre-Flex can be used for walls as well as the top of cargo covers.
“Traditional PCMs are expensive and difficult to use. They crystallize into a frozen block but even in a liquid state they must be contained in rigid containers or gel packs.”
PCM packs have the potential to burst if pressure is applied, while corners and joins in rigid packaging create gaps that are thermal weak points.
TLX Cargo added that traditional PCM’s are” heavy and difficult to apply in thin layers”.
Jim Smith, head of insulation technology at TLX Cargo, said:  “This has been a challenging project for us. It was an entirely new area of research aimed at solving the problem of the temperature spike in Cool Chain transport. We’re very happy with the result.
“Our 15-25 oC blankets freeze at around 18oC  (i.e. in the aircraft hold) and then, once out in the sun on the tarmac, they inhibit the heat build-up within the pallet load by absorbing the heat from the sun.” 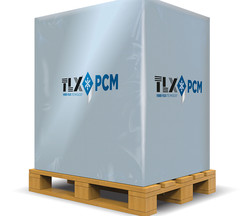 Smith continued: “The beauty of this system is that this freezing and melting process can be repeated continuously through the journey as the pallet is loaded and off-loaded on to the tarmac.”
Phase change materials are able to absorb energy as they change from a solid to a liquid, so they can act as heat buffers. How long they absorb heat for is dependant on the ambient temperature.
Added Hunt: “The remarkable thing about this technology is that PCMs don’t need to be expensive. This opens up a huge range of opportunities for us in providing the kind of problem/solution service we thrive on.”
TLX Cargo Ltd is part of TLX Insulation based in Lancashire UK.
Read more Pharma Logistics news