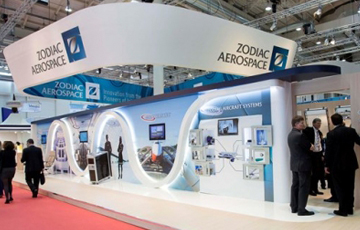 United Cargo announced on October 8 that it plans to purchase 8,500 Herculight S containers developed by Zodiac Aerospace, which will completely replace its current fleet of LD3 ULDs. The first deliveries are expected later this year.
United is the launch customer for the Herculight S, which weighs less than 55 kg, a reduction of 36 kg on the LD3, while offering a high level of durability. The operator says the lower container weight will enable it to increase the cargo payload on its high-demand and weight-restricted flights.
Based on current the number of LD3 movements on United, the switch to lighter containers is expected to reduce the airline’s fuel consumption by two million gallons a year when completed, cutting annual CO2 emissions by more than 19,400 tonnes. Marc Witteveen, CEO of Zodiac Aerospace’s Rotable Equipment division, believes that the Herculight S ‘will set new industry standards’ in reducing emissions, maintenance costs and fuel consumption.
‘This purchase is the latest of United Cargo’s many strategies to minimize the environmental impact of air cargo transport’, said its President Jan Krems, adding that ‘we recently replaced 1,000 of our PMC pallets with a lighter weight design from Zodiac.’ United expects to recycle most of the material from the LD3s as they are taken out of use.