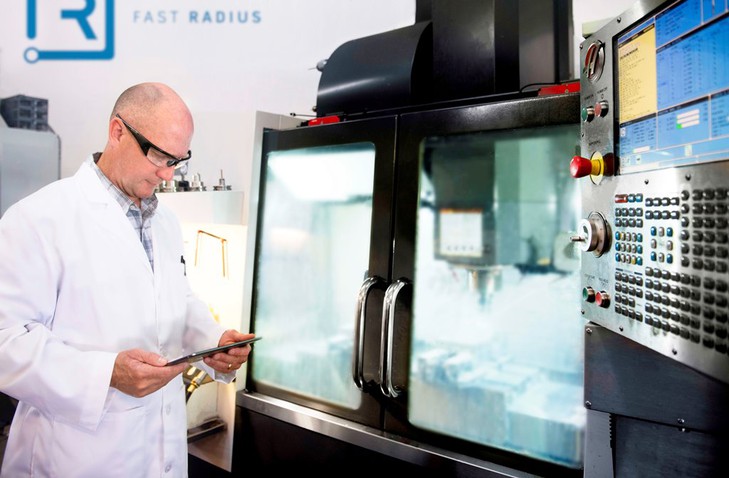 UPS will roll out its 3D printer supply chain in Asia later this year following the launch of partner Fast Radius’ new factory in Singapore.
In connection with the opening of the Fast Radius 3D printing factory, UPS will establish an Advanced Solutions team in Asia to create a centre of excellence that develops supply chain solutions and promotes wider applicability of 3D printing with customers.
Businesses can use the Fast Radius On Demand Production Platform to produce industrial parts, which are expedited for delivery via UPS’s global and intra-Asia transportation network.
“Companies that virtualize their inventories can not only save costs by reducing the number of parts made “just-in-case” but also can produce smaller quantities cost effectively and with the same quality, in addition to minimising lead-times because parts are produced closer to where they are needed,” UPS said.
The express firm said the type of companies that will benefit from the network are manufacturers wanting to reduce inventory of parts that take time to be shipped, manufacturers with short production runs where the cost to create the mould or tooling is too much, manufacturers of custom/semi-custom goods, designers that want to quickly develop a prototype and entrepreneurs that don’t have access to 3D printers.
Earlier this year UPS announced in the US it would connect a network of 60 3D printer locations and those of Fast Radius, with its logistics operation via an online platform.
UPS has provided 3D printing service in some of its stores for a while, but this was the first time it has connected 3D printing, with its delivery operation and an online platform.
In July, forwarder Panalpina also announced a 3D printing partnership.